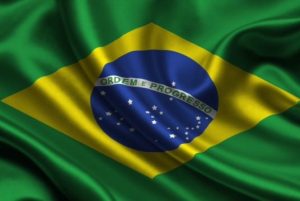 June 9, 2016 – IMD International Search Group has strengthened its presence in South America with the addition of Osser & Osser. Headquartered in São Paulo, Osser & Osser is led by Anna Luiza Osser and Patricia Osser Sales who founded the firm in 2002. It provides search services to medium and large-sized national and multinational companies, start-ups, family companies and non-profit organizations.

Ximena Rodriguez, a partner at SommerGroup, IMD Chile, said: “Anna Luiza has an excellent background in management and human resources consulting; she has developed a fantastic reputation in executive search in Brazil with high quality standards and a personal commitment to the client and the success of each search.”

“From the beginning, there was among IMD members a unanimous support of Osser & Osser to join us, so we are all excited about this partnership with such a qualitative executive search firm,” said Dr. Matthias Mohr, IMD president and managing partner of Dr. Heimeier & Partner in Germany.

Brazil is the largest national economy in Latin America, the world’s 8th largest economy at market exchange rates and the seventh largest in purchasing power parity (PPP), according to the International Monetary Fund and the World Bank. It has a mixed economy with abundant natural resources and is projected to become one of the five largest in the world in the decades to come.

As a result, a number of other executive search consortiums have turned to Brazil to expand their networks in recent months: