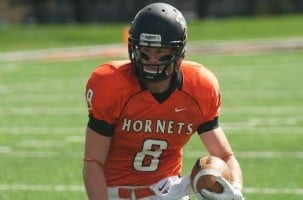 Dr. Gonzalez is currently vice president for academic affairs and dean of the college at Occidental College in Los Angeles. As a professor and an administrator he has created innovative combinations of liberal arts academics and experiential programs that cross borders and cultures. He was formerly with Trinity University in San Antonio, where he worked as a professor of economics and special assistant to the president.

“The board’s vote was unanimous and our excitement boundless,” said board chair Charlotte Hall, who led the presidential search committee. “Dr. Gonzalez is a passionate champion of the liberal arts and has an abiding commitment to the values embodied in the K-Plan: academic excellence, experiential learning, intercultural understanding and community engagement. Through all of his work, he has sought to make that powerful combination better and more accessible to diverse groups of students.”

Kalamazoo College, also known as K College, is a private liberal arts college in Kalamazoo, Michigan. Founded in 1833, the college is among the 100 oldest in the country. It offers 28 majors spread across the fields of fine arts, humanities, modern and classical languages and literatures, natural sciences and mathematics, physical education, and social sciences.

Storbeck/Pimentel has an established history in recruiting top leadership for higher educational institutions. The firm has placed presidents at Swarthmore College, Pomona College, Carnegie Mellon University, University of Wyoming, and the University of Wisconsin-Madison, among many others.

The firm is minority and female owned and counts more than 25 consultants and support staff located in two main offices in Los Angeles and Philadelphia, with three affiliated offices in Vermont, Virginia and Florida.

Check Out These Related Articles On Recruiting Leadership for Higher Educational Institutions: