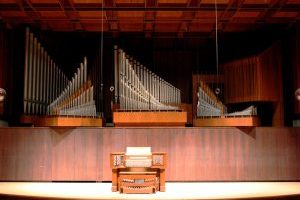 “The new leader needed to have a profound artistic sensibility and sensitivity,” said Mr. Isaacson. “An understanding of excellence in the arts, and a personal commitment to the importance of the arts in society.”

Mr. Woetzel, who has built an impressive resume in support of the arts in the nine years since he left the New York City Ballet, clearly brings those attributes, but he has no experience as an administrator in the academic arena. And Juilliard, with a budget of $110 million and an endowment of $1 billion, could be a challenging place to start. Given Mr. Woetzel’s accomplishments as a dancer and his work since then, however, Juilliard felt he was more than up to the task.

“Since beginning our search last October, we have had the privilege of getting to know some of the most distinguished leaders in the arts field and beyond,” said Bruce Kovner, chairman of Juilliard’s board of trustees. “Damian’s vision and optimism are second to none, and we are confident that he will advance Juilliard’s mission for the next generation while building on the foundation of artistic and academic excellence established by his distinguished predecessor, Joseph Polisi.”

Mr. Polisi gave his blessing as well. “Juilliard could ask for no better president than Damian Woetzel,” he said. “Damian’s commitment to performing arts education and to securing the best and brightest future for our school are all attributes that ensure a very successful tenure as Juilliard’s president. I look forward to working closely with Damian during the next year and watching Juilliard flourish under his leadership.”

As president of the prestigious arts conservatory, Mr. Woetzel will inherit a number of large-scale initiatives spearheaded by Mr. Polisi, including the continued development of scholarship and entrepreneurship programs, K-12 curricula, online education products and The Tianjin Juilliard School in China.

Mr. Woetzel will serve as president-designate during the 2017-18 academic year, during which time he will conclude his work as director of the Aspen Institute Arts Program, finishing in June of 2018 at the end of the Aspen Ideas Festival. He will continue to serve as artistic director of the annual Vail Dance Festival at least through the summer of 2018.

Mr. Woetzel was chosen after an extensive search that in addition to Isaacson, Miller included a board-appointed search committee and Mr. Kovner in consultation with faculty, student and staff representatives.

Mr. Woetzel, whose career with the New York City Ballet spanned 23 years, was celebrated internationally for his performances across a wide range of repertory. In addition to his positions at the Aspen Institute and Vail Dance Festival, he is also an independent director, choreographer, and producer. In 2009, President Barack Obama appointed Mr. Woetzel to the President’s Committee on the Arts and Humanities, where he helped create the Turnaround Arts Program, which brings arts education to some of the nation’s most challenged school districts. He served on the committee until earlier this year.

“It is a tremendous honor to have been selected as the next president of The Juilliard School,” said Mr. Woetzel. “Building on collaboration has been a defining principle of my life in the arts, and I can think of no greater privilege than to help shape the future of this extraordinary institution of music, dance, and drama. I’d like to extend my thanks to Bruce Kovner, Juilliard’s board of trustees, and president Polisi for this tremendous opportunity to join in the tradition of excellence that Juilliard embodies, and I am inspired to work alongside them to foster new generations of emboldened citizen artists for the 21st century.”

Juilliard was founded in 1905 and since that time it has become one of the best performing arts academies in the country and in the world. Today, the school has an enrollment of 499 undergraduate and 359 graduate students in a variety of degree and diploma programs in the performing arts. Highly selective, the school admitted only seven percent of its applicants in 2016.

A nationally recognized search firm focused on recruiting transformational leaders for mission-driven organizations, Isaacson, Miller has conducted some 5,600 placements over 34 years. More than half of the search firm’s historical placements, some 2,800 assignments, have been in academia, involving university presidents, college chancellors and deans. The firm has filled top leadership posts at Wellesley College, Washington State University, Miami University, Howard University, Bowdoin College, Dartmouth, NYU, Virginia State University, and the University of North Carolina, among others.

Recently, the firm placed Vincent Edward Price as the 10th president of Duke University. Mr. Price, who is widely known for embracing diversity, served as provost of the University of Pennsylvania. Mr. Isaacson also led that search, along with vice president Jane Gruenebaum and vice president John Muckle.

Check Out These Related Articles On Searches for Music and Arts Organizations: