Menu
View our Events
Stay Connected:
Hunt Scanlon releases its annual roundup of the largest, fastest growing executive search firms in the Americas. Here's a first look at the numbers. 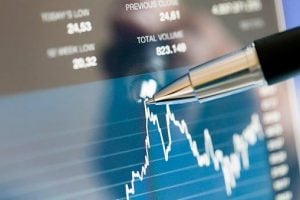 May 15, 2017 – The executive search industry’s leading 50 players in North America topped $3 billion in revenues last year, according to industry newsletter ESR, in a market report released today by Hunt Scanlon Media. The group collectively jumped by almost 10 percent, continuing an incredible run for an industry that just a decade ago was left reeling from the Great Recession.

Hunt Scanlon reports that while the top-end recruitment sector has been in transition for several years, it has reached an inflection point. “Client’s demands have evolved, and with that change has come a certain amount of soul searching within the recruiting business,” said Scott A. Scanlon, the report’s editor-in-chief. “We’re at a point on the curve where the bend has now taken shape.”

That turning point, reports Hunt Scanlon, is the result of a massive industry shift – a move from a singular focus on identifying and recruiting leaders to one providing broader and more sophisticated talent solutions to clients in need. And in need they are. Survey data collected by Hunt Scanlon over the past year reveals that demand is rising for leadership services that go well beyond finding people.

“That demand is fitting hand-in-glove with the relatively recent expansion into adjunct services that is being embraced by more of the search industry than seen in the last three to five years,” said Mr. Scanlon. He said the smaller search firms resisted this trend in the past, but are now embracing it and integrating advisory services like leadership consulting with their recruiting capabilities.

Most of the prominent search firms, he noted, are actively trying to grow those capabilities, particularly in the leadership consulting space, although most are doing so on an organic basis. That could change as more than 85 leading boutique recruitment firms, many seeking expansion capital to push into new business lines, gather tomorrow in New York at a Hunt Scanlon conference to discuss valuation metrics and funding strategies.

Hunt Scanlon has just released its latest annual search industry rankings. More than a third of the recruiting firms tracked this year grew by double digits. Collectively, the top 50 expanded by 10 percent, generating over $3 billion in revenues. Eleven new players were added. By most measures, it was an exceptional year of expansion for C-suite recruiters. U.S. recruitment providers reported high growth in business coming from leadership consulting, assessments, executive coaching and onboarding. It is the transition to these new offerings that Hunt Scanlon believes will drive massive expansion in the sector for years to come. In this special annual issue of ESR, Hunt Scanlon takes an up-close look at the expanding executive search business – and all the latest milestones recruiters are racking up along the way. We rank the top 50 Americas firms, the 60 leading recruiting outfits in London, the Big Five global search firms – and eight industry luminaries offer up their predictions for the future.

Hunt Scanlon Top 50 Recruiters
Hunt Scanlon presents its annual roundup of the largest, fastest growing executive search firms in the Americas. Here, we present the 50 top firms in this dynamic marketplace – ranging from the largest recruiting and talent leadership solutions firms to the leading boutique specialists that dominate the list again this year.

It’s been nearly two decades since two of the industry’s leading outfits turned to the public markets for funding. That capitalization allowed Korn Ferry and Heidrick & Struggles to make targeted acquisitions and expand with new services. For its part, Korn Ferry today enjoys a market cap of just under $2 billion, while Heidrick has assembled a business that combines executive search and leadership consulting seamlessly. So much so that five of its top 10 clients last year turned to it for both of these advisory services last year.

Trying to play catch up and emulate the industry leaders are the boutiques. And the landscape unfolding today almost by design favors these small search firms and specialist players that are growing faster than their larger rivals. Therein lies the opportunity ahead for middle bracket search firms, dubbed ‘super boutiques’ by Hunt Scanlon – and investors seem eager to jump into the talent business to plant a stake in this brand new segment of the market.

Finding more ways to engage with clients is the new clarion call heard from small search shops to expanding boutiques and the large generalists, who’ve been in this adjunct business for years. But now everyone wants in.

Much of this started with sector leader, Korn Ferry, which enjoyed an enviable 21 percent hike in annual revenue last year in the Americas, according to the latest Hunt Scanlon industry statistics report. The search giant has been ranked No. 1 for years, but that wasn’t a sure bet a decade ago when the company, like the rest of its rivals, was in crisis. Recruiting fees were down, competition from in-house recruiting and social media platforms was up, and the old tried and true business of executive search was suddenly on life support.

CEO Gary Burnison pivoted. An entire industry watched, and waited. “We were concerned mostly with surviving,” he said. He pulled Korn Ferry back from the brink by dramatically shifting its focus. That set the stage for his blockbuster deal to acquire Hay Group, a transformational move that put it squarely into the human capital business.

Korn Ferry’s influence over the search industry has always been wide and deep. But looking back, it is safe to say that Mr. Burnison’s bold intervention and reinvention of a company in trouble moved a once-cottage industry forward. His call for a “new conversation on people” sparked debate, but it has also provided a roadmap on how that conversation might proceed and a new direction with potentially rich new milestones ahead.