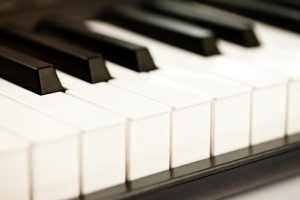 Ms. Lape most recently served as executive director of the Lake Forest Symphony, the only fully professional orchestra in Lake County, IL. Since 2012, she has overseen the organization’s masterworks, salon, family and educational concerts and was responsible for all development, civic engagement, and educational outreach initiatives. During her tenure, Lake Forest Symphony and WFMT Radio Network produced “The Search,” an audio documentary that detailed the symphony’s international search for a new music director.

Building On a Legacy

Ms. Lape’s career in arts management also includes positions at the Chicago Symphony Orchestra, San Francisco Opera and Stanford Institute for Creativity and the Arts. She was named executive director of the year by the Illinois Council of Orchestras in 2014. She was also selected as one of nine participants in the League of American Orchestras’ 2016-17 ‘Emerging Leaders Program,’ a 10-month leadership program offering mentoring with top leaders in the field, one-on-one coaching, in-depth seminars with leadership experts, and peer network-building. Ms. Lape currently serves on the board of directors of the International Music Foundation, the Illinois Council of Orchestras and Beyond this Point Performing Arts Association.

“ACG was honored to assist Chicago Youth Symphony Orchestras in its search to fill this critical role within the organization,” said Jenna Deja, vice president at ACG. “As the organization celebrates its 70 years of success, we know that Ms. Lape’s passion for music education will help enhance CYSO and its programs within the community for years to come.”

“I am very excited about the strong leadership team we’ve built at CYSO,” said Henry Turner, chair of the board of directors. “We are confident that with Susan as executive director, CYSO will continue to build upon its legacy as a leader in the field of youth orchestra education.”

“CYSO is a tremendous cultural asset and a vital part of the Chicago community,’ said Ms. Lape. “I am particularly excited to work with the exceptional CYSO students, who are learning citizenship and teamwork through their work with music director Allen Tinkham and the CYSO artistic and administrative team.”

Other music organizations have been turning to executive search firms in recent months to find new leaders. Here’s a look at just a few of them from the Hunt Scanlon Media archives:

Management Consultants for the Arts was recently selected by Music of the Baroque (MOB) in Chicago to lead its search for a new executive director. After an 18-year tenure, Karen Fishman is retiring in June as MOB’s executive director. Partner David Mallette and managing director Louise Kane are leading the assignment.

Lois L. Lindauer Searches has been retained by The Phoenix Symphony to lead its search for a new chief development officer. Search director Zena Lum is leading the assignment. Founded in 1947 as a part-time orchestra for the city of Phoenix, The Phoenix Symphony has since grown into Arizona’s largest performing arts organization and only full-time symphony orchestra.

Greenwich Harbor Partners placed Liz Ritzcovan as a member of the board of directors at The New York Pops. She is the sixth director to be placed on the Pops board by the Greenwich, Conn-based search firm. The New York Pops is the largest independent pops orchestra in the U.S., and the only professional symphonic orchestra in New York City specializing in popular music.