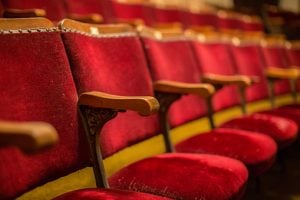 March 28, 2017 – Schall Executive Search has recruited Mark Nerenhausen as president and chief executive officer of the Hennepin Theatre Trust. He succeeds Tom Hoch, who stepped down as president and CEO last month after serving for more than 20 years.

Mr. Nerenhausen is the founding director and professor of practice of the Janklow Arts Leadership Program at Syracuse University. He previously served as president and CEO of the $354 million AT&T Performing Arts Center in Dallas. While there, he secured AT&T as a naming sponsor, raised more than $4 million in the first year of operations, created a governing board and instituted an integrated business information platform. He also brokered strategic partnerships with regional and national organizations, initiated the Jazz Roots series and expanded programming with an emphasis on diversity and inclusion.

In addition, Mr. Nerenhausen led the Performing Arts Center Authority in Fort Lauderdale from 1998-2009, with responsibility for managing the multi-venue Broward Center and five other performing arts venues. During his tenure, the Broward Center’s main concert hall consistently ranked in the world’s top 10 venues for ticket sales, according to Pollstar and Venues Today magazines, and became a catalyst for tourism, economic development, education, industry innovations and cross-cultural exchange.

Mr. Nerenhausen has held other major positions at the Maui Arts and Cultural Center in Kahului, Hawaii (1993-98); the Oshkosh Grand Opera House in Wisconsin (1990-93); the Bijou Theater Center in Knoxville, Tenn. (1987-89); the Milwaukee Performing Arts Center in Wisconsin (1985-87); and the Tennessee Performing Arts Center in Nashville (1983-85). A sought-after keynote speaker and consultant, Mr. Nerenhausen serves on the boards of the Bluegreen Corp. in Boca Raton, Fla., and a number of non-profit arts organizations.

“Mark joins the Trust with an impressive record of success that spans the performing arts, fundraising, education and cultural development,” said Ann Simonds, board chair and interim president and CEO. “He has long admired our work and brings his own flair for innovation, partnership and excellence that builds on the success of our historic theatres, and our leadership in the West Downtown MPLS Cultural District (WeDo). We are thrilled to have found a Midwesterner who looks forward to reconnecting with his roots.”

Hennepin Theatre Trust has established itself as an imaginative and entrepreneurial arts organization that is helping to drive cultural and economic vitality through the arts in Minnesota, said Mr. Nerenhausen. “I’m incredibly honored to add to that strong legacy and team up with the board, staff and community members to bring their passion and energy for the Trust to life.”

Hennepin Theatre Trust is a non-profit organization that creates positive change through the arts by bringing together people, businesses and organizations in WeDo, the West Downtown Minneapolis Cultural District. It serves the community through four theatres – the Orpheum, State, Pantages and New Century – and its unique arts, culture and education programs.

Established in 1982, Schall Executive Search has served clients ranging from Fortune 500 organizations to development stage companies and non-profits in a variety of functional disciplines. The firm is led by partner David Schall, who has been a Twin Cities executive recruiting leader since 1980 and has diverse search experience with a myriad of industries, functions, and markets.