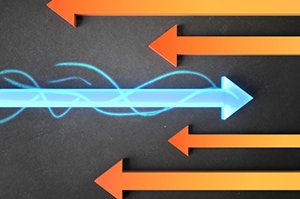 “We use our global footprint to serve our clients better and faster,” said Mr. Westerburger. “This is necessary because the agricultural sector is facing many challenges. In order to respond to the growing demand for healthy and affordable food, the industry is innovating continuously, using new scientific approaches and precision technology. Meanwhile, the sector is responding to consumer requirements related to product safety, environmental and animal welfare issues.”

Bayer’s recent takeover of Monsanto shows that multinational companies tend to operate on a larger scale, said Mr. Westerburger. “With our global agribusiness and agriscience team, we help companies find the talent needed to meet the new dynamics in the market,” he said. “We expanded the team with five new leaders and members in the Asia Pacific, EMEA and the Americas and expect further growth in the near future.”

For 20 years, Mr. Westerburger has fulfilled positions at the director level, in both profit and non-profit organizations. He has travelled professionally to over 40 countries and speaks six languages. Mr. Westerburger has also led international sales and marketing teams in the food business. In 2004, he became a senior partner and co-owner of IRC Netherlands (Hagoort & Partners). His client base includes multinationals in manufacturing, food, pharma, agriculture and professional services.

The founder of IRC China and Singapore, Ms. Yan is based in Singapore and leads the firm’s operations in these two locations. She has a focus on strategic leadership and talent challenges faced by the industrial, healthcare, food and agriculture sector, partnering with clients in building their senior management team across the Asia Pacific. Ms. Yan has more than 20 years of executive search and consulting experience.

“I am honored to be appointed the Asia Pacific practice leader for the agribusiness and agriscience sector,” said Ms. Yan. “IRC Asia Pacific has developed a track record and knowledge in this sector over the last six years, assisting clients in the search for strong management personnel to lead their growth across the Asia Pacific. We are passionate about the vision and mission of our clients, as this industry helps to enhance the well-being of farmers and mankind.”

IRC has partners in over 80 cities across Europe, the Middle East, the Americas, Africa, Asia and Australia. The consortium has completed more than 30,000 assignments for more than 3,000 clients in virtually every industry segment and function, according to the firm.

Late last year, IRC appointed Rohan Carr, director of IRC Australia (the Insight Group), as its new president. He succeeded Mr. Westerburger (IRC Netherlands), who served in the role since 2014. “Rohan is the right leader to take IRC to the next level,” said Mr. Westerburger. “He understands the challenges that our clients are facing both in traditional and emerging markets.”

The organization recently added Buenos Aires-based executive recruiters HighFlow as a member firm. The recruiting firm, which is now called IRC Argentina, specializes in the finance & banking and sales & marketing sectors. The firm is led by partners Mauro L’Estrange and Federico Carrera.

This spring, IRC named Tomasz Sokolowski, vice president of IRC Poland (HBK), as its new EMEA regional leader. He takes over from Gaye Özcan, managing partner of IRC Turkey and EMEA regional leader since 2014. Mr. Sokolowski has over 20 years of experience in the personnel consulting industry.

IRC recently expanded with the addition of the Office Limited in Hong Kong. Rachel Ta is the managing director and founder of the Office Limited. Its team consists of Ms. Ta, Daniel Tran and Chung Yeung. The firm’s core practices are consumer markets, industrial practice and human resources.