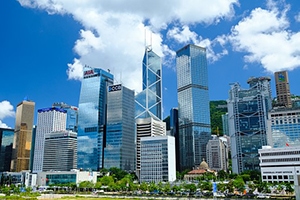 March 5, 2018 – Executive search consultants are seeing an increase in hiring mandates from around the world. To meet demand, they continue to develop new practices, hire new recruiters and open new locations.

Rachel Ta is the managing director and founder of the Office Limited. Its team consists of Rachel Ta, Daniel Tran and Chung Yeung. The firm’s core practices are consumer markets, industrial practice and human resources.

“We are executive specialists with expert-based practices delivering on senior, confidential and complex mandates,” said Ms. Ta. “Our role is to leverage our 15-plus years of expertise to help our clients define a winning talent management strategy for sustainable growth. I am hoping that with our firm now being part of the IRC platform, we will be able to offer Asian-based clients a new hiring perspective based on global best practices and bring into Asia more international returnees / talent. As a boutique firm, we believe strongly in connecting globally while delivering locally.”

The Hong Kong market has again retained its ranking as the most economically free market in the world, according to the Fraser Institute. And a study by the Milken Institute found that the Sichuan provincial capital of Chengdu has the best economy of any city in mainland China; Shanghai and Tianjin ranked second and third. In Shanghai, China’s financial hub and a global finance center, employers expect to grow staffing levels in a number of industry sectors and all nine regions, according to a recent Manpower employment index report. In Japan, Tokyo employers report the region’s most optimistic hiring plans and expect the strongest hiring in more than six years.

IRC includes partners in over 80 cities across Europe, the Middle East, the Americas, Africa, Asia and Australia. The consortium has completed more than 30,000 assignments for more than 3,000 clients in virtually every industry segment and function, according to the firm.

Recently, IRC appointed Rohan Carr, director of IRC Australia (the Insight Group), as its new president. He succeeds Patrick Westerburger (IRC Netherlands), who served in the role since 2014. “Rohan is the right leader to take IRC to the next level,” said Mr. Westerburger. “He understands the challenges that our clients are facing both in traditional and emerging markets.”

The organization also named Tom Berray, managing partner of Cabot Consultants, as its new Americas leader. Mr. Berray took over from Jane Lyons, managing partner of Rhodes Associates, who stepped down after two years as the IRC Americas regional leader. He has worked in executive search for more than 15 years.