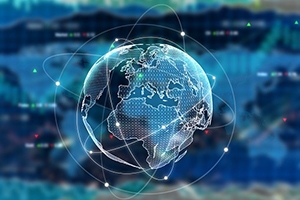 “On behalf of all members we congratulate Tomasz on his appointment as regional leader,” said Rohan Carr, president of the IRC executive board. “I know I speak for all EMEA members and the broader IRC community in saying that we very much look forward to benefiting from Tomasz’ enthusiasm, ideas and leadership. The role of regional leader is one of the most critical in our alliance and we thank Tomasz for his willingness to take on the task.”

Mr. Sokolowski has over 20 years of experience in the personnel consulting industry. As the VP at HRK he is responsible for competence diagnosis projects. He also participates in personal audit, assessment and development center projects, mergers & acquisitions and employment restructuring projects.

“It is great honor and satisfaction to have been chosen the EMEA leader,” Mr. Sokolowski said. “My predecessor Gaye Ozcan is an unmatched model to follow as she has successfully provided her inspiration and leadership to our region throughout the last three years. The reverse mentoring concept that I got familiar with during the workshop that she organized, I later shared with my clients.”

Mr. Sokolowski said he would work hard to make sure that every voice is heard in IRC EMEA, and that every creative idea is carefully considered.  “I will ensure that we continue to flourish in the EMEA region through fostering friendship and collaboration between all our consultants as well as bringing new ideas to the table that will allow IRC keep pace with the changing environment of the global economy,” he said.

IRC includes partners in over 80 cities across Europe, the Middle East, the Americas, Africa, Asia and Australia. The consortium has completed more than 30,000 assignments for more than 3,000 clients in virtually every industry segment and function, according to the firm.

Recently, IRC appointed Rohan Carr, director of IRC Australia (the Insight Group), as its new president. He succeeds Patrick Westerburger (IRC Netherlands), who served in the role since 2014. “Rohan is the right leader to take IRC to the next level,” said Mr. Westerburger. “He understands the challenges that our clients are facing both in traditional and emerging markets.”

IRC recently expanded with the addition of the Office Limited in Hong Kong. Rachel Ta is the managing director and founder of the Office Limited. Its team consists of Ms. Ta, Daniel Tran and Chung Yeung. The firm’s core practices are consumer markets, industrial practice and human resources.

The organization also named Tom Berray, managing partner of Cabot Consultants, as its new Americas leader. Mr. Berray took over from Jane Lyons, managing partner of Rhodes Associates, who stepped down after two years as the IRC Americas regional leader. He has worked in executive search for more than 15 years.