Menu
View our Events
Stay Connected:
As companies struggle to find quality talent, a new report reveals what workers are looking for from employers. Let’s go inside the latest findings as leading recruiting professionals from Hunt Club, Executive Search Partners and Pitcairn Partners weigh in. 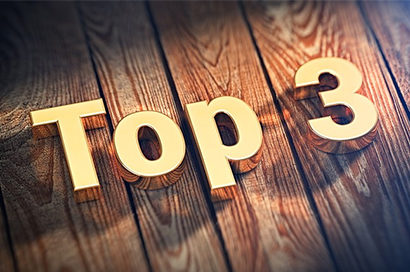 November 7, 2018 – Professionals want more choices about when and where they work, according to new research released by Robert Half.

Flexible work schedules, a compressed workweek and the ability to telecommute are the most sought-after non-monetary perquisites the report found.

While many companies offer flexible work schedules, however, fewer than one in five offer shorter workweeks or remote work options. The Robert Half survey polled more than 1,500 workers and more than 600 HR managers in North America.

The disconnect was less when it came to monetary motivators: Forty-four percent of employers surveyed said they offer annual or biannual bonuses to employees. Workers surveyed said bonuses are their most desired incentive (77 percent) when considering job offers. Profit-sharing plans and sign-on bonuses are also highly sought (tied at 49 percent), though only 33 percent and 19 percent of employers, respectively, offer these types of rewards.

Benefits can also play a significant role in attracting and retaining talent, and most companies are offering the two most wanted employee benefits: health insurance (88 percent) and paid time off, including vacation, sick days and paid holidays (80 percent).

“In today’s competitive hiring environment, job candidates are looking at more than just salary and bonus — they seek the complete package and place added emphasis on quality of life,” said Paul McDonald, senior executive director for Robert Half. “Companies that don’t offer in-demand non-monetary perks in addition to a competitive salary and benefits are not likely to land or keep top performers.”

The Yoh report also found that a larger proportion of employed women than men would consider leaving their current job for a flexible work environment (44 percent vs. 39 percent), and a higher-level position may be more important for employed men as they are more likely to cite leaving for this reason than women (40 percent vs. 30 percent). The least common reasons employed Americans said they would consider a job change were for a better commute (24 percent) and more perks such as onsite gyms, daycare or dry-cleaning (27 percent).

Businesses are bolstering efforts to improve the workplace experience to keep top talent from jumping ship, fueled in part by record-low unemployment and a spike in business confidence, according to a recently released report by Randstad Sourceright.

Based on a global survey of more than 800 C-suite and human capital leaders, the “2018 Talent Trends Report” found that 51 percent of employers planned to increase their investments in on-site benefits and innovative technologies this year to improve productivity and retain top talent. This came as 70 percent of companies were reporting an optimistic business outlook for 2018, while concerns for talent scarcity continued to remain top of mind.

What Workers Want May Surprise You
Contrary to what is generally thought, the traditional way of working – meaning, at the office during open hours – is still preferred among respondents of the Randstad report. Globally, 68 percent shared this sentiment, with India (85 percent) at the highest end and the Netherlands (47 percent) at the lowest end.

“Beating the competition for talent in 2018 begins in the workplace,” said Rebecca Henderson, CEO of Randstad Sourceright. “Record-low unemployment levels and a growing skills gap are driving employers to focus on improving their overall workplace experience so they can retain top employees and attract potential talent.”

“With unemployment at an all-time low, transparency, and access into available opportunities at an all-time high, it’s the strongest buyer’s (candidate) market we have seen ever,” said Nick Cromydas, co-founder and CEO of referral recruiting service Hunt Club. “Speed while developing trust in every interaction is critical to landing the best talent. If you’re not thinking about how to leverage technology to recreate the candidate experience, you’ll be left behind in tomorrow’s world of recruiting.”

Does your office have a climbing wall? Or foosball? Or regular outings? Or a company talent competition? Or free lunches? How about work from home days? “The best companies offer these,” said Mr. Erickson. “How is your GlassDoor rating? If it is low, fix the problem because many potential employees read them,” he added.

The war for talent predicted almost 20 years ago by McKinsey is here to stay, said Walter Baker, managing partner and founder of Pitcairn Partners. “The talent shortage isn’t a passing phenomenon, and the lack of skilled workers needed to drive business strategy is a serious threat to the profitability of organizations as well as the GDP of both developed and developing nations,” he said. “Expected shortages are not limited to any geography. China, for instance, may have a deficit of 6.7 million highly skilled workers by 2030, with the U.S. right behind it with a deficit of 6.6 million workers.”

Five other countries could have deficits of two million or more workers, said Mr. Baker. “The implications are huge,” he said. “Top talent is attracted by the opportunity for growth. To attract this level of talent, companies must ensure leadership talent is in place and aligned to execute business strategy. Those that do not will face an uphill battle to identify and attract impactful leaders that can deliver results.”