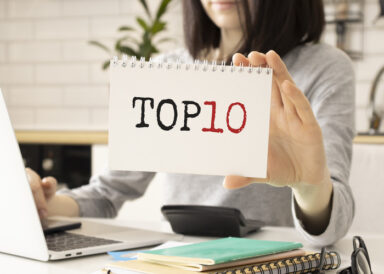 December 21, 2021 – 2021 was a year of change and challenge. But it was also a year when the best recruiting leaders stepped up their game.

Across the board, from non-profits, sports teams, and cannabis companies, to start-ups, the Fortune 500, and PE-backed companies, top leaders were in high demand to help guide organizations through the second year of the pandemic, and other formidable challenges. Recruitment firms stood ready to help, and Hunt Scanlon Media now takes a look back at 10 of the most amazing searches of 2021.

Retailers, for starters, were facing major shifts in their businesses that called for transformational leaders who could effectively navigate a continuing international health crisis, and the changes it has brought and will bring in the months and years ahead. So it was that key HR and people leaders were needed at companies like Patagonia, Orvis and JCPenney. Steady hands likewise were in demand for financial institutions: 2021 saw two key federal reserve bank searches, in Boston and Dallas, while Yale University sought its next chief investment officer.

Sports, meanwhile, has reemerged from the early restrictive days of the pandemic with new leadership essential as organizations, such as the New York Mets, sought to rebuild. And while some people worried that the push for diversity and inclusion might stall under the cloud of COVID-19, 2021 proved the pessimists wrong. The Abraham Lincoln Presidential Library and Museum, United Way Worldwide, and Louisiana State University were just a few of the institutions whose partner search firms delivered diverse leaders.

Let’s take a closer look at this year’s Top 10 selections:

Isaacson, Miller assisted the Abraham Lincoln Presidential Library and Museum (ALPLM) in the recruitment of Christina M. Shutt as its fifth executive director and first person of color to lead the organization. Partner Andy Lee led the search with managing associate Jeff Kessner. “Christina Shutt brings tremendous expertise to the job, as well as new perspectives on how to interpret the life, legacy and lessons of Abraham Lincoln,” said Ray LaHood, chairman of the ALPLM board of trustees. This search focused on the importance of recruiting transformational leaders for mission-driven organizations, a specialty of Isaacson, Miller which has conducted thousands of placements over more than three decades.

Korn Ferry assisted in the recruitment of Billy Eppler as the new general manager of the New York Mets. Mr. Eppler took over GM duties from team president Sandy Alderson, who had been running baseball operations since acting GM Zack Scott was placed on administrative leave. Mr. Eppler was recruited to the Mets from William Morris Endeavor, a relatively new talent agency that was looking to make inroads into the baseball market. This search exemplifies the impact search firms continue to play in the burgeoning sports, media and entertainment sector.

Diversified Search Group | Koya Partners placed Angela Williams as chief executive officer of United Way Worldwide. She is the first woman and the first African American person in the organization’s 135-year history to lead United Way Worldwide. Alison Ranney, who heads the search firm’s Chicago office, led the assignment along with CEO Dale Jones. This search showcased the importance of leadership diversity and the growing influence women continue to play as they fill the top post at organizations across the country and around the world. Their value in bringing a fresh perspective and mission-driven focus to the C-suite cannot be overstated.

The Federal Reserve Bank of Dallas kicked off the search for a new president to replace Robert Kaplan, the bank’s previous top executive who left last month after a scandal over his personal financial transactions. The organization picked Egon Zehnder to lead its search efforts. With nearly 50 consultants worldwide dedicated to serving clients in this sector, sometimes it takes a global brand to handle some of the world’s top leadership mandates.

New York-based retail and consumer focused executive search firm Herbert Mines Associates assisted in the recruitment of Rebecca Jones as the first chief people officer of Orvis, the family-owned and operated outdoor retailer that specializes in fly-fishing gear, dog products and active lifestyle apparel. Managing director Caitlin Kenefick led the assignment. Ms. Jones will provide executive oversight for the human resources department at Orvis, focusing on employee engagement and support, talent development, and training and growth within the organization. The people function clearly remains one of the most important in these troubling times.

Atlanta-based Parker Executive Search assisted Louisiana State University (LSU) in the selection of William Tate as the school’s first African American president. He replaced Tom Galligan, who served as LSU president since January 2020. “This is a very pivotal time at our university, from economic, environmental, social challenges, but we are doing great things at this place,” said LSU board chair Robert Dampf. Maintaining academic standards and keeping up enrollment during the pandemic made the job of top educator a difficult one in 2021. Parker Executive Search set out to find a great leader, and they found one, The search firms conducts executive searches for corporations, colleges & universities and collegiate athletics and has a wide range of client schools, including Notre Dame, Dartmouth, the University of Chicago, Iowa State, Fordham, University of Central Florida, University of Oregon, Clemson University, the University of Tennessee and Iowa State University, among many others.

The Federal Reserve Bank of Boston selected Spencer Stuart to help in its search for a new president and CEO in 2021. The Boston Fed’s board of directors formed a search committee, consisting of directors who are not members of the banking industry, in keeping with U.S. law and the bank’s bylaws. The committee is conducting a rigorous nationwide search to identify a broad and diverse pool of highly qualified candidates. Spencer Stuart has assisted with the hiring of half of the current Fed presidents, including that of New York Fed’s John Williams in 2018, as well as the system’s first black regional Fed president, Atlanta Fed’s Raphael Bostic, in 2017 and its only other non-white president, Minneapolis Fed’s Neel Kashkari. The firm was also involved in the search for Cleveland Fed’s Loretta Mester in 2013 and Chicago Fed’s Charles Evans in 2007. The financial services industry represents one-fifth of Spencer Stuart’s worldwide client base. Its consultants have conducted more than 3,600 senior-level executive assignments over the past three years.

E.A. Hughes & Co., a division of Solomon Page specializing in retail and consumer-focused executive search, recently partnered with JCPenney in identifying and placing Andre Joyner as chief human resources officer. Managing directors Bob Marchant and Ann MacCarthy led the search and took a unique and personalized approach to the assignment. The team was able to assess the technical and cultural fit of candidates evaluated for the CHRO role as a result of behavioral interviewing, in-depth screening and a competency-based framework, which defined the skills that JCPenney required.

Executive recruitment firm, David Barrett Partners, assisted in the placement of Matthew Mendelsohn as the next chief investment officer of Yale University. David Barrett led the assignment. The selection of Mr. Mendelsohn, a director with current responsibility for venture capital assets comprising more than 25 percent of Yale’s total endowment, followed an extensive international search by a committee chaired by former Yale provost Ben Polak, the William C. Brainard professor of economics. David Barrett Partners was founded in 2005 by a team of investment management recruiting industry veterans from large, multinational search firms who were drawn to establishing a focused investment and wealth management boutique.