Menu
View our Events
Stay Connected:
Another top Federal Reserve Bank president post is in the hands of an executive recruiter. This time, the search is on for a leader in Boston. Spencer Stuart has the coveted assignment . . . Here’s an inside look as the search gets underway. 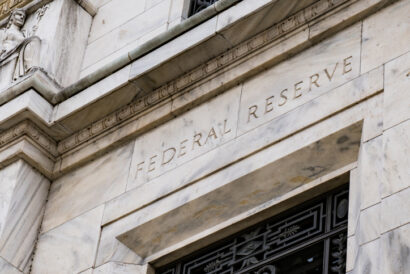 October 14, 2021 – Federal Reserve Bank president searches are some of the most coveted assignments to take on among executive recruiters, and a number of leading search firms have gotten in on the action. The Federal Reserve Bank of Boston recently selected Spencer Stuart to help in its search for a new president and CEO. Eric Rosengren announced his retirement as Federal Reserve Bank of Boston president, effective Sept. 30. The Boston Fed’s board of directors formed a search committee, consisting of directors who are not members of the banking industry, in keeping with U.S. law and the bank’s bylaws. The committee is conducting a rigorous nationwide search to identify a broad and diverse pool of highly qualified candidates, with support from Spencer Stuart.

The search involves extensive outreach to gather stakeholder feedback and input, as well as nominations and applications. After interviewing top candidates, the bank’s Class B and C directors will appoint the new president, subject to approval by the Board of Governors of the Federal Reserve System. Christina Hull Paxson, president of Brown University and chair of the bank’s board of directors, will also chair the search committee, which includes all six non-banker directors.

The president and CEO of the Federal Reserve Bank of Boston has a deep impact on the economic well-being of New England and the nation as leader of a diverse, multi-faceted organization committed to strengthening the U.S. economy and serving the public. The CEO is an influential policymaker, a highly respected thought leader, and a dedicated member of the local business community.

There is no strict deadline set for the search process, the Boston Fed said in a statement, adding that the priority is to find the right leader. Speaking in an accompanying video about the skills and values the next Boston Fed president should have, Ms. Paxson said integrity is important.

“You are serving the public good. You have to do that with the highest level of integrity,” said Ms. Paxson. She also cited, among other attributes, commitment to transparency, and diversity, equity and inclusion in both the successful candidate’s approach to policymaking and running the Boston Fed.

The Federal Reserve System was founded by Congress in 1913 and serves as the central bank of the U.S. Its fundamental mission is to foster the stability, integrity, and efficiency of the nation’s monetary, financial and payment systems to promote optimal economic performance. As part of the nation’s central bank, the bank promotes sound growth and financial stability in New England (Connecticut except Fairfield County, Maine, Massachusetts, New Hampshire, Rhode Island, and Vermont) and the nation. 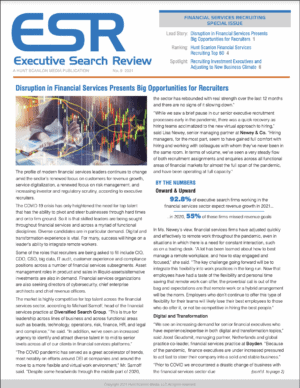 Executive Search Review has just released its 2021 Financial Services Recruiting special issue newsletter! The profile of modern financial services leaders continues to change amid the sector’s renewed focus on customers for revenue growth, service digitalization, a renewed focus on risk management, and increasing investor and regulatory scrutiny, according to executive recruiters. The COVID-19 crisis has only heightened the need for top talent that has the ability to pivot and steer.  businesses through hard times and onto firm ground. So it is that skilled leaders are being sought throughout financial services and across a myriad of functional disciplines.

Spencer Stuart has assisted with the hiring of half of the current Fed presidents, including that of New York Fed’s John Williams in 2018, as well as the system’s first black regional Fed president, Atlanta Fed’s Raphael Bostic, in 2017 and its only other non-white president, Minneapolis Fed’s Neel Kashkari. Spencer Stuart was also involved in the search for Cleveland Fed’s Loretta Mester in 2013 and Chicago Fed’s Charles Evans in 2007.

Spencer Stuart works with clients across the asset management, consumer financial services, global banking and markets, insurance, private wealth management and real estate sectors. The financial services industry represents one-fifth of Spencer Stuart’s worldwide client base. The firm has conducted more than 3,600 senior-level executive assignments over the past three years. Nearly one-third of its placements in the industry are diverse. Seventy percent of Spencer Stuart’s assignments annually are for returning clients.