Stay Connected:
Angela Williams joins the non-profit from Easterseals National, where she has been CEO for three years. “Angela is an example of a globally-minded leader with a deep commitment to equity and inclusion,” said Dale Jones, CEO of Diversified Search Group. “We are delighted to see her step into this role as the first black woman to lead United Way Worldwide." 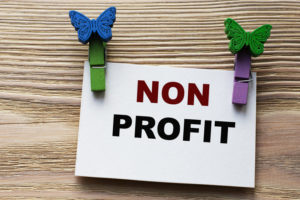 “It is exciting to see Angela Williams, who is an accomplished CEO as well as the first woman and first African American leader, as the unanimous choice after a robust global search,” Ms. Ranney said. “The CEO search committee was impressed by her strategic acumen, innovative thinking and purpose-driven mindset, which they believed will offer a fresh perspective in reimagining United Way and ensuring that the United Way remains relevant and impactful for years to come.”

“United Way Worldwide is at a critical juncture as we look to transform our 135-year-old organization to continue driving strong and equitable community impact into the future,” said Juliette Tuakli, United Way Worldwide board chair. “We wanted a leader who could mobilize our United Way Network, our supporters and United Way Worldwide around a clear vision grounded in the imperative to create greater impact, equity and growth in communities. Angela’s background and experience make her uniquely suited to create and drive this vision.”

An accomplished CEO and C-suite executive, Ms. Williams has successfully led federated non-profits through periods of transformation. Named to Forbes’ 2021 List of Women 50 Over 50 Creating Social Change at Scale, she brings more than 30 years of management experience to this role, including significant executive leadership experience in major non-profit organizations. Ms. Williams comes to the United Way Worldwide from Easterseals National, where she has served as CEO since 2018.

Before joining Easterseals, Ms. Williams spent 11 years as executive vice president, general counsel and chief administration officer at YMCA of the USA. Prior to her position at Y-USA, she was the interfaith liaison for the Bush-Clinton Katrina Fund, where she helped assess the effects on and manage the financial support for houses of worship in areas impacted by the hurricane. After earning her law degree, Ms. Williams began her career serving for more than six years as an active-duty member of the U.S. Air Force Judge Advocate General’s Corps and during Operation Desert Storm.

“I am absolutely honored to join the world’s leading charity at a key moment in the organization’s history and world events,” Ms. Williams said. “Around the world, issues of health, education and economic sustainability are at the forefront of ensuring equality and access to a good quality of life. I recognize and appreciate the tremendous role that United Way Worldwide plays in supporting individuals and families and transforming communities. I am committed to working with the board, volunteers, partners and staff to build on the rich legacy of the organization in its second century of service.”

With global reach and local impact, United Way helps some 48 million people annually. The organization is the world’s largest privately funded non-profit, working in 95 percent of U.S. communities and 40 countries and territories. United Way has 2.5 million volunteers, 7.7 million donors and 45,000 corporate partners. It is headquartered in Alexandrea, VA.

Together, Ms. Ranney and Mr. Jones co-lead the CEO practice of the Diversified Search Group and partner closely together on major chief executive searches. Their recent CEO search for Big Brothers Big Sisters National resulted in the recruitment of Artis Stevens, the first Black CEO in the organization’s 115-plus year history. “With the selection of Artis Stevens as the next CEO of Big Brothers Big Sisters of America, I see a very bright future for our mission,” said Pam Iorio, who Mr. Stevens succeeds. “Artis brings a wealth of non-profit experience, a passion for helping young people, and an open and authentic style that fosters respect and trust.”

Alison Ranney and Kara Teising co-led the search that placed Hayley Murphy, deputy director of Zoo Atlanta, in the top job at one of Michigan’s leading attractions. Dr. Murphy’s excellence as a zoo executive and as a scientist are expected to help the Detroit Zoo continue growing as a respected animal and environmental research institution. Let’s go inside the search.

Diversified Search Group is a family of firms serving specialized sectors. The firm was founded almost five decades ago for the express purpose of placing diverse candidates in client organizations. Koya Partners is a part of the Diversified Search Group and is dedicated to mission-driven leadership. Koya works broadly at the senior-most levels of the mission-driven field in philanthropy, social services, arts and culture, and social justice, among others. Last year, Koya was acquired by Diversified Search. With the combination of revenues and resources, Diversified Search and Koya now represent one of the largest non-profit and higher education practices in the executive search industry.

Ms. Ranney specializes in leading CEO, president, executive director and other senior executive searches for mission-driven clients across the country and around the world.  She co-leads the CEO practice of Diversified Search Group with CEO Dale Jones. In addition to the Detroit Zoo CEO search, she has led searches top assignments for the Museum of Science & Industry, the Art Institute of Chicago, the John D. & Catherine T. MacArthur Foundation, Fidelity Foundations, Easterseals National and many others.

Other members of the team included Chartise Clark, Maureen Clancy and Michele Ybarra. Ms. Clark, a managing associate, has deep experience with organizations supporting marginalized communities, including those with a global presence. Within the past year, she has partnered with Ms. Ranney to recruit the first African American CEO of Big Brothers Big Sisters at the national level.

In addition to United Way Worldwide, within the past year Ms. Ranney and her team have placed the first female CEOs of American Public Media Group, the Detroit Zoo, YMCA of Metro Chicago and the Museum of Science & Industry, among many others. The recently placed CEOs of United Way Worldwide, the Museum of Science & Industry, the YMCA of Metro Chicago and Big Brothers Big Sisters recruited by Ms. Ranney and her colleagues are the first leaders of color for those influential institutions.

Related: The Decade Ahead for Non-Profits: Great Pressure, Transformation and Big Impact on Talent