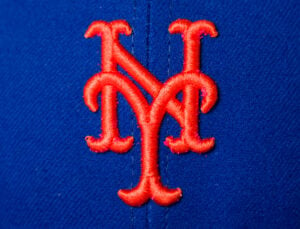 November 17, 2021 – Korn Ferry has assisted in the recruitment of Billy Eppler as the new general manager of the New York Mets. The Mets did not confirm the deal because it is not yet official, but a source said the two sides were working out final contract details and completing a background check which should be completed by the end of the week. The search had lasted six weeks and struggled to attract many top candidates along the way. Mr. Eppler will take over GM duties from team president Sandy Alderson, who had been running baseball operations since acting GM Zack Scott was placed on administrative leave in September.

“I think Billy’s fantastic,” New York Yankees’ GM Cashman said last week at the GM meetings. “Anybody who knows me knows my relationship with him. I was lucky to have him working with us. He guided us greatly. I know how good Billy really is. … His name should pop into anything that pops up. He’s that talented.”

Mr. Eppler comes to the Mets from William Morris Endeavor, a relatively new talent agency that was looking to make inroads into the baseball market. He has spent most of his career in front offices, most prominently as Los Angeles Angels GM from 2015-20 and as a New York Yankees scout and executive from 2004-15. During his time with the Angels, Mr. Eppler’s biggest feat was signing two-way star Shohei Ohtani. But he was unable to sufficiently build a team around him and co-star Mike Trout, recording losing seasons in all five years he was at the helm.

Korn Ferry has a history of working with Major League Baseball, having placed Rob Manfred in the commissioner’s post. The firm also placed another top candidate the Mets were interested in, David Stearns, who Korn Ferry recruited in 2015 as general manager of the Milwaukee Brewers. The Mets were denied permission to interview the 36-year-old by Brewers owner Mark Attanasio. Mr. Sterns in under contract with the Brewers until 2022. This led the Mets to find other candidates and ultimately decide on Mr. Eppler.

The general manager role may be the toughest job in professional sports to fill. In the last decade, as the four major North American professional leagues – Major League Baseball, the National Football League, the National Basketball Association and the National Hockey League – have seen revenues and profits soar, the role has become more complex, more challenging and exponentially more stressful, according to a report issued by the Korn Ferry Institute. Increased media attention, fueled by the 24-hour news cycle of cable television, the internet, and social media, has put general managers under intense, and unprecedented, scrutiny.

The GM post, once an unheralded backroom position handled in relative obscurity by former players, is now tracked and analyzed with such precision by fans and the sports media that job security has dropped precipitously. High turnover has heightened the work of executive recruiters.

Korn Ferry has placed Derek Falvey as executive vice president and chief baseball officer for the Minnesota Twins. “It’s a tremendous honor to have the opportunity to lead the Twins baseball operation. This is a proud, resilient franchise, and I’m eager to return championship-caliber baseball to the Twin Cities,” said Mr. Falvey. Korn Ferry also helped the Milwaukee Brewers and Toronto Blue Jays last year in GM searches that resulted in the hiring of first-time GMs David Stearns and Ross Atkins, respectively.

“The general manager has to be smart, self-confident, both publicly and privately with owners, have an academic orientation, but also be telegenic,” said Billy Beane, the longtime general manager of the Oakland Athletics and former Mets first round draft pick who withdrew his name from consideration for the job in Queens. “The individual has to be able to build an all-encompassing vision.”

The general manager position is also evolving, and that’s adding complexity to the role. The influx into some sports of highly educated, versatile, data-driven young executives is reshaping the job in dramatic fashion, according to the Korn Ferry report. New general managers who emerge as winners, it said, will be those who are self-motivated, intellectually curious, have a non-stop work ethic, the ability to evaluate talent and a leadership style that can inspire individuals both inside and outside of their organization.

“In the past, the GM needed to have played the games, bloodied their knuckles and bloodied their nose,” said John Schuerholz, president and former general manager of the Atlanta Braves. “The GM job today is much more sophisticated. It involves player analysis, a statistical component, and softer skills such as getting a feel for the players. It’s also essential that GMs have a lively intellect.”