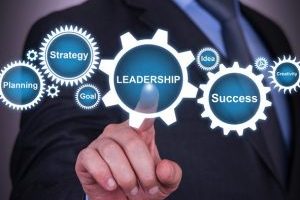 June 3, 2016 – Office supplies retailer Staples has selected Korn Ferry to find its next chief executive officer. Current chief executive Ron Sargent announced that he is stepping down. He has been with Staples for 27 years and served as CEO for the past 14 years.

Shira Goodman, Staples president of North America operations, will become interim CEO while the search takes place. She has been with Staples for 23 years, having come from private equity firm Bain and Co., where she helped launch Staples’ delivery business.

Staples search for a new CEO comes just weeks after a federal judge struck down a $6.3 billion proposed merger between Staples and Office Depot, agreeing with the Federal Trade Commission that the deal would create too big of a company and that it would be a bad deal for consumers. Shares of Staples, which have lost nearly half their value in the last 12 months, currently trade at $8.80 per share.

The process to identify a permanent CEO will be led by Korn Ferry and a special committee of the board and will consider both internal and external candidates.

“With the termination of the merger, we mutually agreed that now is the right time to transition to new management to lead Staples through its next phase of growth,” said Robert Sulentic, independent lead director of the board.

According to Korn Ferry, retailers are facing major shifts in their businesses that call for ‘unprecedented responses’ by CEOs who can effectively lead through change, intuitively and analytically understand the evolving consumer, and respond to ambiguity. According to the firm, developed markets, excess retail capacity, rising prices, the shift to omni-channel retail, and the unpredictable pace of change in consumer shopping habits all affect the type of leader retailers need.

Check Out These Related Articles On Retail CEO Searches: