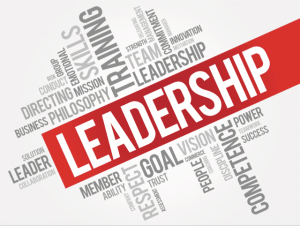 April 5, 2017 – Heidrick & Struggles’ CEO Tracy Wolstencroft will take a three month medical leave of absence from the nation’s No. 3 executive search outfit. He is undergoing treatment of a benign lung condition.

The Chicago-headquartered recruitment concern has appointed Krishnan Rajagopalan as acting CEO. Mr. Rajagopalan is an executive vice president and managing partner based in Heidrick’s Washington, D.C. office and is a member of its executive committee. He previously served as head of global practices and played a key role in spearheading Heidrick’s leadership consulting business.

“Tracy is doing the right thing,” said Heidrick board chairman Richard Beattie. “It is in the best interests of both Tracy and the company for him to take the time needed to focus on his health. We wish him a speedy recovery, and we look forward to his return.” He said Heidrick was fortunate to have an interim successor who is “well suited to take on the role of acting CEO,” and that its board and management team “have complete confidence in his ability to lead” the company forward.

Prior to joining the search company, Mr. Rajagopalan was a vice president and partner with A.T. Kearney Consulting. During his tenure there, he focused on strategy, operations / procurement and e-business across a wide array of industries, including technology services, hi-tech and manufacturing. He conducted numerous engagements where he was an active part of defining and assessing executive leadership teams. Before that, he was a consultant with Price Waterhouse in its strategic management consulting group.

“Tracy has established a tremendous strategic framework for the firm,” said Mr. Rajagopalan. “I look forward to continuing to work closely with him, the senior leadership team and the board in my capacity as acting CEO. We wish Tracy a speedy recovery and return,” he added.

“Heidrick & Struggles is a talent-rich organization with a team-oriented culture, and we are in highly capable hands with Krishnan and our executive committee,” said Mr. Wolstencroft. “We have been effectively accelerating our strategy of delivering premium leadership advisory solutions and insights to top organizations globally. We have a strong team in place to continue our momentum.”

Leadership transitions, even temporary ones like this, are never easy for organizations which come to rely on the focus, influence and direction of a single commander in chief. And, as the stature of chief executives has grown in power and sheer impact over the past two to three decades, so, too, have concrete plans to replace them at a moment’s notice.

The problem is many companies fail  at even the basic levels to develop high potential leadership talent, especially those in successor CEO roles. In Heidrick’s case, this is not the situation at all. The company likely had a strong leadership succession plan in place that it was able to instantly activate.

Succession planning, though, generally can, and often does, go lacking. “My advice for every company is to be prepared,” said Russell S. Reynolds Jr., founding chairman of RSR Partners, a leading board and executive search firm based in Greenwich, Conn. Mr. Reynolds founded Russell Reynolds Associates, a direct Heidrick rival, in 1969.

Mr. Reynolds said that beyond fiduciary and human resource reasons, it is simply good business sense to “know who your successor is at all times.” Proper corporate governance, he added, warrants that boards and sitting chief executives be “very close on the issue” and have a confidential succession game plan in place at all times. “One has to assume that things can go wrong, and they often do,” he said. “Any good CEO or board chairman worries about this and has a plan,” he added.

“Boards should always be in a state of readiness and preparedness for the unexpected. ‎The one thing that is constant in our world is change,” said Dale E. Jones, CEO of Diversified Search, an executive search firm based in Philadelphia. In addition to leading Diversified Search, Mr. Jones also serves as a director on the boards of Kohl’s and Northwestern Mutual. He understands the importance of developing a succession plan from both sides.

“The best boards should always have a plan for times of challenge and crisis,” he added. “It’s our job as directors to manage CEO succession and risk.” Mr. Jones previously served as vice chairman and partner for the CEO and board practice at Heidrick & Struggles where he consulted on succession planning and corporate governance.