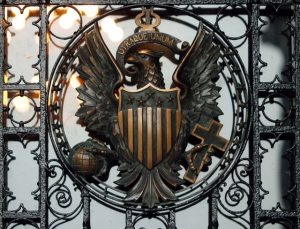 April 5, 2017 – Basketball legend Patrick Ewing is returning to his alma mater, Georgetown University, to serve as head coach of its men’s basketball team. He was recruited into the position by Korn Ferry. He replaces John Thompson III, the son of Mr. Ewing’s college coach, John Thompson, who was fired after 13 years as head coach.

Mr. Ewing comes back to Georgetown after serving for 15 years as an assistant head coach in the NBA. He served as an assistant coach for the Washington Wizards (2002-03), Houston Rockets (2003-06) and Orlando Magic (2007-12) and most recently as the associate head coach for the Charlotte Hornets. He interviewed for NBA coaching jobs with the Sacramento Kings and Memphis Grizzlies but was never offered those positions.

“This is a big loss for the Charlotte Hornets, but we are all excited for Patrick to have the opportunity to go back to Georgetown,” Hornets head coach Steve Clifford said. “Everyone knows how much his alma mater means to him. I’ve had the privilege of working with him for 12 years with three organizations, and I know the effort he has put into coaching.”

Mr. Ewing, he said, has attacked the profession with the same mentality he had as a player, “with hard work, dedication and a passion for the game of basketball,” adding: “I’m thrilled that all of Patrick’s hard work has paid off and he has earned the opportunity to be Georgetown’s head coach. We wish him the best of luck in the next chapter of his coaching career.”

Patrick Ewing is widely regarded as the greatest men’s basketball player to ever don the Georgetown Hoya uniform. He was selected as one of the top 50 players in the history of the NBA and was elected to the Naismith Memorial Basketball Hall of Fame in 2008.

“Patrick’s commitment to Georgetown and to further animating our legacy of excellence is inspiring,” said university president John J. DeGioia. “He is a visionary leader with a deep connection to our community. His experience as a coach over the last 15 years with some of the best basketball minds in the country has prepared him to lead our program. We very much look forward to welcoming him back to our Hilltop as the head coach of our men’s basketball team,” he added.

“After a very thorough national search, Patrick Ewing emerged as the talented leader best prepared to coach the Hoyas in this new era of highly competitive college basketball,” Georgetown director of intercollegiate athletics Lee Reed said. “To hire a head coach with this depth of coaching experience and personal achievements is tremendous.”

Mr. Ewing was the first pick in the 1985 NBA draft and went on to earn NBA Rookie of the Year honors in 1986. He scored 24,815 points during his 17-year NBA career and made 10 consecutive NBA All-Star appearances. He still stands second all-time in scoring at Georgetown. He is one of only four players in program history to score at least 2,000 points and is the all-time leader in total rebounds, blocked shots and games played.

“My four years at Georgetown were the best of my life,” Mr. Ewing said. “Georgetown is my home and it is a great honor for me to return to my alma mater and serve as the next head coach. I have been preparing to be a head coach for many years and can’t wait to return to the Hilltop.”

The Hoyas were just 29-36 over the past two years, prompting the school’s fan and alumni base to advocate for a change. Now it will be up to Mr. Ewing to restore Georgetown to the place in the college basketball landscape that he brought the Hoyas to as a player.

How Search Firms Fit In

This is not the first time in recent memory that a search firm has brought in legendary alumni to restore a sports program.

Check Out These Related Articles On Search for Coaches: