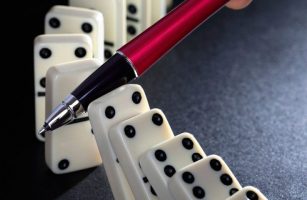 October 28, 2016 – The rate of succession of older CEOs of large U.S. public companies slowed significantly this past year, bringing to a halt a generational shift in business leadership that had been observed since the financial crisis, according to a new report by The Conference Board.

The report, ‘CEO Succession Practices: 2016,’ annually documents and analyzes succession events of chief executives of S&P 500 companies. In 2015, there were 56 cases of S&P companies that underwent a CEO turnover.

Prior iterations of the study have shown an acceleration of the succession rate of CEOs aged 64 or older following the Great Recession of 2008. In the 2009 to 2014 period, in particular, their average turnover rate was 25.5 percent, compared to 8.1 percent for younger CEOs. However, in 2015, older CEOs departed at a rate of 15.1 percent, which is much more aligned with the average number for the 2001 to 2008 period.

“There are multiple possible explanations for this finding, including of course an improvement in company performance and the overall economy,” said Matteo Tonello, vice president and managing director at The Conference Board, and a co-author of the report with Jason D. Schloetzer, professor at the McDonough School of Business at Georgetown University.

“But when you see older CEOs departing at a rate of 25 percent or higher for a number of years in a row, a slowdown becomes natural and signals the completion of a generational change process.”

Women as CEOs: Where are They?

Another notable finding from the report is that, at least when it comes to business leadership, 2015 won’t go down in history as the year when the glass ceiling was broken. A national party may have nominated its first female presidential candidate, but nearly all CEOs of large U.S. public companies are male and only one of the 56 top leadership positions that became available in the S&P 500 went to a woman.

The highest share of incoming female CEOs, 18.2 percent, was seen in 2011, when 10 of the 55 cases of CEO succession resulted in the selection of a woman as chief executive. The 2015 percentage is the lowest reported by The Conference Board since 2009.

One fascinating data point from this year’s report revealed how interim arrangements right at the top are supporting succession planning initiatives. The report found that the appointment of an interim CEO is emerging as a more common practice to navigate a succession event and reduce its possible unintended impact.

In 2015, approximately 10 percent of CEO succession events involved an interim appointment. The length of service for interim CEOs ranged from two to 10 months, with one board ultimately offering the permanent position to the executive who held the role serving in an interim capacity.

“Previously used in situations of a succession emergency, the appointment of an interim CEO does not necessarily reflect a poor succession planning process,” said Mr. Schloetzer. “Instead, boards might be turning to interim arrangements to support succession planning by auditioning a candidate directly on the job, allowing the board to take time to fully assess strategic circumstances before appointing a successor, and allowing investors to help shape the leadership transition.”

According to the report, a desire for continuity – in both leadership and culture – may account for the continuing decline in the appointment of outsiders to the CEO role, accompanied by investment in internal development of leaders. Greater transparency surrounding succession, noted in last year’s report, also continues. Corporate boards are more frequently providing shareholders with advance notice of a CEO succession event.

In general, CEOs hold on longer to their jobs, confirming the reversal of a decade-long trend of shorter tenures. In 2009, at the peak of the financial crisis, the average CEO of an S&P 500 company held his or her position for 7.2 years, the shortest average tenure registered by The Conference Board and down from the 11.3 years found in 2002. However, CEO tenure in large companies started to rebound soon after, rising to 8.4 years in 2011, 9.7 in 2013, 9.9 in 2014, and 10.8 years in 2015. The finding for 2015 represent the longest CEO tenure reported by The Conference Board since 2002 (two long-tenured CEOs who departed in 2015 after more than 30 years in office – Rupert Murdoch of media empire 21st Century Fox and Robert Skaggs Jr. of utilities company NiSource contributed to the results).

The U.S. stock market fared well despite volatility and international uncertainties, and disciplinary CEO departures kept near their lowest levels since 2002. The analysis showed wide variation across the 2001 to 2015 period in the rate of CEO dismissals, which ranged from a low of 13.2 percent in 2005 to a high of 40 percent in 2002 (on average, 23.6 percent for the whole time period). In 2015, disciplinary successions remained low, with an average dismissal rate for the index of 17 percent, or only slightly higher than what was reported in 2014. As expected, there is empirical evidence of an inverse correlation between the volume of disciplinary departures and stock market performance. A rising tide lifts all boats and — despite the disturbance and volatility caused by a stronger dollar, plunging oil prices, and weak emerging markets — the lower CEO dismissal rate in the S&P 500 is, at least in part, a function of the improving overall strength of U.S. equities and business fundamentals.

Despite other favorable circumstances, such as longer tenure and declining succession rates, in 2015 poorly performing CEOs had a 33 percent higher probability of being replaced — a possible sign that the emphasis on pay-for-performance is starting to show results. CEOs in the bottom quartile by stock performance registered a CEO succession rate of 12.2 percent for 2015, which is nearly 33 percent higher than the 9.2 percent rate seen among CEOs in the top three quartiles. This represents a notable increase from the 11.3 percent higher probability of CEO succession that The Conference Board reported for poor performers in 2014, and approaches the average rate of 13.7 percent that was found for the bottom quartile in the 2002 to 2015 period. Over the years, the succession rate of CEOs of better-performing companies fluctuated from 6.5 percent (in 2002) to 11.6 percent (in 2009)—for an average of 9.5 percent for the period covered by the study. The finding may reflect the pressure that new regulations and shareholders are putting on listed companies to introduce more rigorous metrics of long-term performance and ensure the alignment of CEO compensation with such measurable results.

The appointment of outsiders to the CEO role continues to decline amid investment in internal leadership development programs and the sensitivity to ensuring cultural continuity in case of succession. As part of their effort to improve succession planning, companies continue to invest in leadership development or opt for the experience of an independent board member. In 2014, 85.7 percent of incoming CEOs were ‘insiders’ promoted to the CEO position after serving at least one year with the company. The remaining 14.3 percent were ‘outsiders,’ having served less than one year with the company. These findings represent a clear break from the past, as corporate boards acknowledge the importance of grooming senior talent and maintaining an insider list of CEO-ready executives that won’t disrupt existing organizational practices and culture.

With shareholders and proxy advisors increasingly wary of CEO duality models, the immediate appointment of the incoming CEO as board chairman is seen only in rare circumstances. Only 10.7 percent of the successions in 2015 involved immediate joint appointment as board chairman, stabilizing around the 10 percent rate that The Conference Board reported in the past two years. This finding should be reviewed in conjunction with data on board practices evidencing the growing propensity of U.S. companies, including the larger ones, to either strengthen the independence of the board of directors and assure a separate and impartial leadership of the oversight body or use the succession as a way for the incoming CEO to earn the additional title of board chairman. In 2015, nine of 10 companies that underwent a CEO succession either had a board chairman already or appointed an outsider to the role who met securities exchange independence standards.

Policies that permit retaining a departing CEO on the board are also waning in popularity, as companies have become more sensitive to board independence and wish to avoid the risk of undermining the new leadership. While more common in the past, policies that explicitly permit keeping the former CEO involved as a board member are adopted by a small minority of firms today. Across industries, a large majority of companies indicated that they do not have a formal policy of this type, with the largest percentage found in non-financial services.

The largest financial companies show the highest rate of disclosure of CEO succession planning, a finding that may stem from their effort to strengthen a culture of risk oversight. Across industries and size groups, less than half of non-financial companies include information on succession planning in their annual disclosure to shareholders. Larger companies are far more likely to include this type of information in their proxy statement. In particular, disclosure has become a predominant practice among the largest financial companies, and 83.3 percent of those with assets valued at $10 billion and over regularly have adopted the practice of updating their investors on this topic.

To control the narrative and prevent speculations on the reason behind the change in leadership, corporate boards are more frequently providing shareholders with advance notice of a CEO succession event. Of the succession announcements among S&P 500 companies in 2015, 68.9 percent preceded the time when the succession would become effective, continuing a trend in which approximately seven out of 10 companies provide advance notice of the upcoming transition.