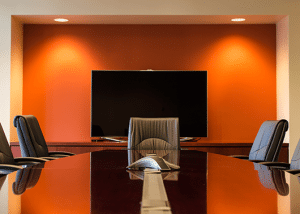 June 19, 2015 – According to the most recent ‘Women in the Boardroom: A Global Perspective’ report by Deloitte, representation of women on corporate boards continues to increase, but the number of women leading boards still remains low globally. Overall, women now hold 12 percent of seats worldwide with only four percent chairing boards. European countries continue to lead on gender diversity in the boardroom, with Norway, France, Sweden and Italy among the countries with the highest percentage of women serving on boards. Regionally, countries in the Americas and Asia-Pacific have progressed the least. With respect to women chairs, the three regions have approximately the same percentage: EMEA (five percent), the Americas (four percent) and Asia-Pacific (four percent).

“We’ve seen a welcome increase in women on boards; however the number of women securing the top spot remains elusive even in the most progressive countries. Of course, in many countries, the chair is an executive position, but this absence of women among chairs is revealing. For example, Denmark has the sixth-highest number of women on its boards, yet ranks at the bottom—not a single board in Denmark had a woman chair in our study,” said Dan Konigsburg, managing director, Deloitte Global Center for Corporate Governance.

“The global statistics mask important differences within countries. For example, Scandinavian countries have successful policies that make it easier for women to serve on boards, compared with the Asia-Pacific region’s slow growth,” Mr. Konigsburg added. “We actively encourage increased collaborative effort from organizations, governments and policy-makers; it is the only way we will begin to see results.”

A number of initiatives are underway globally to mobilize efforts to increase women board representation. A national campaign to increase the percentage of women on U.S. company boards to 20 percent or greater by 2020 is underway by an organization aptly named 2020 Women on Boards. Overseas, the 30% Club has helped increase female participation on boards by offering mentoring and convening working groups to share best practices on board diversity. Its target is to bring FTSE 100 board membership representation of women to 30 percent by the end of this year (the number stands at just under 24 percent). And The Diversity Action Committee, formed to build up the representation of women directors on boards of companies in Singapore, has signed up nearly a dozen leading executive recruiters to help expand directorships to women.

Spencer Stuart and WomenCorporateDirectors (WCD) teamed up earlier this year to launch a series of global initiatives aimed at bringing more women onto boards. “Moving the needle in the U.S., an area where the presence of women on boards is still at just less than 19 percent, takes incredible amounts of action on all sides of the equation,” said Julie Hembrock Daum, Spencer Stuart’s North American board practice head. WCD is the largest membership organization of women on boards, with 66 global chapters representing more than 3,500 members serving on 6,500 boards.