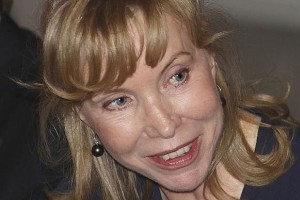 November 17, 2015 – London-based executive recruiters MWM Consulting has been selected by the Zurich Insurance Group AG to lead its search for a new chief executive officer. The company is seeking a replacement for current CEO Martin Senn.

With more than 55,000 employees, Zurich Insurance provides a wide range of general insurance and life insurance products and services and serves customers in global and local markets. Its customers include individuals, small businesses, and mid-sized and large companies, including multinational corporations, in more than 170 countries.

News of the company’s chief executive search comes one week after Zurich reported a 79 percent decline in third quarter earnings to $207 million from a year earlier. Zurich also said it plans to cut 440 jobs at its U.K. general insurance unit as part of a cost-cutting program and is also seeking to simplify its organizational structure.

MWM Consulting is the same search firm that Credit Suisse Group AG used to recruit Tidjane Thiam for its top job earlier this year. The firm is a well-known boutique search specialist founded by Anna Mann (pictured) — a highly sought after adviser to companies on board performance, succession planning, assessment, talent mapping and leadership identification — and a small group of like-minded recruiting  professionals.

About 60 percent of MWM’s work is in executive search, where the firm focuses on top-level, strategic roles — in particular identifying CEOs, executive committee members, board directors and direct reports to an organization’s top leadership team. The firm has placed 15 percent of the current chairmen and chief executives of FTSE 100 companies and their international counterparts; 30 percent of its work is in finding chairmen and non-executive directors.

Over the last 36 months, MWM has worked at the board level for over half of the FTSE 25 listed companies and over a quarter of the FTSE 100.

The firm has placed over 600 current non-executive directors worldwide since its founding 11 years ago. A third of its client base is now stationed outside the U.K., while 90 percent of its assignments are global in scope. Two-thirds of the firm’s appointments have been of non-U.K. citizens.

MWM has also developed a particular reputation in appointing women to boards, frequently helping them secure their first non-executive role. The firm has supported the appointments of over 20 percent of the women currently sitting on FTSE 50 boards and of 15 percent of women in the FTSE 100. In 2009, MWM launched its Women for Boards initiative, aimed at helping rising female talent to secure board directorships on FTSE 350 companies.