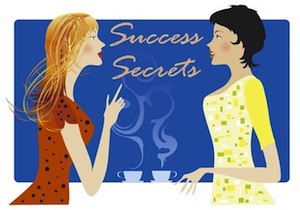 July 30, 2015 – Research released by Heidrick & Struggles found accelerating progress for women in boardrooms within the Fortune 500.

Of the 339 new directors appointed in Fortune 500 boardrooms in 2014, 99 were women, representing 29.2 percent of the total. That compares with 25.9 percent in 2013 and 22.8 percent in 2012. The Heidrick & Struggles Board Monitor projects that women will account for 50 percent of new board directors in the Fortune 500 in the U.S. for the first time in 2024. “Companies are increasingly focused on appointing more women directors – recognizing that better governance results when diverse points of view are reflected in the boardroom,” said Bonnie Gwin, vice chairman and managing partner of Heidrick & Struggles’ board practice in North America.

“One of the biggest obstacles to diversifying the boardroom has been the notion that the ideal director must have CEO experience.” Only slightly more than five percent of CEOs in the Fortune 1000 are women.

“Boards are more open to candidates with different leadership profiles, experiences and backgrounds,” Ms. Gwin added. “This shift will lead to greater diversity of thinking and help boards benefit from wider-ranging strategic insights.”

“This is really the very first empirical evidence that shows women making real solid gains in the boardroom,” said Scott A. Scanlon, founding chairman and CEO of Hunt Scanlon Media in Greenwich, Conn. “Securing directorships for women has been an elusive target for everybody, from corporate search committees to the recruiting firms that represent them. This is the news we’ve been waiting to hear.”

Hunt Scanlon has reported on a number of global initiatives underway to mobilize efforts to increase women board representation.

A national campaign to increase the percentage of women on U.S. company boards to 20 percent or greater by 2020 is underway by an organization aptly named 2020 Women on Boards.

Overseas, the 30% Club has helped increase female participation on boards by offering mentoring and convening working groups to share best practices on board diversity. Its target is to bring FTSE 100 board membership representation of women to 30 percent by the end of this year (the number stands at just under 24 percent).

And The Diversity Action Committee, formed to build up the representation of women directors on boards of companies in Singapore, has signed up nearly a dozen leading executive recruiters to help expand directorships to women.

“Search firms themselves are also mobilizing,” said Mr. Scanlon. Egon Zehnder has set out to boost the number of female chief executives of the U.K.’s top 100 companies to 25 by 2025. Zehnder, which advises roughly half of the U.K.’s FTSE 100 companies on succession planning and recruitment, says that only nine percent of top executive jobs at British companies are filled by women. The firm launched its ’25 by 25′ drive about eight months ago. Today, just five female executives run FTSE 100 companies. Spencer Stuart and WomenCorporateDirectors (WCD) teamed up earlier this year to launch a series of global initiatives aimed at bringing more women onto boards.

“Heidrick is now clearly out front with the most aggressive women directorship projection of anyone,” said Mr. Scanlon. “The firm is showing much needed leadership in an area well-deserving of it.”

While the trend for women serving on Fortune 500 boards was a bright spot in Heidrick’s findings on board diversity, the picture elsewhere was decidedly mixed.

The percentage of Hispanics recruited to boards in 2014 remained unchanged from 2013, when it was also five percent. In the past six years the percentage has never exceeded 5.4 percent. Yet the U.S. Census Bureau reports that 54 million Hispanics live in the U.S., representing 17 percent of the population.