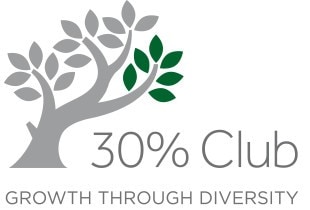 August 11, 2015 – The 30% Club, established five years ago with the goal of bringing FTSE 100 board membership representation of women to 30 percent by the end 2019, is set to launch in Canada next month.

Victor Dodig, CEO of the Canadian Imperial Bank of Commerce, has been appointed to head the Canadian chapter, which includes 28 founding members, largely comprised of chairs and CEOs from 22 different businesses, including Bank of Montreal, the Royal Bank of Canada, and KPMG Canada. Mr. Dodig will be supported by a steering committee responsible for overseeing numerous working groups, including an executive search firm committee, to be co-led by recruiter Jane Griffith of Four Corners Group. The Canadian chapter comes on the heels of recent 30% Club openings in the U.S., Ireland, Southern Africa, Australia, and Malaysia.

Ms. Griffith is partner and sector head of the academic and not-for-profit recruiting practice at Four Corners Group, a Toronto-headquartered executive search firm that conducts cross-functional assignments in industry sectors across the Canadian provinces and in the U.S. Four Corners Group is the exclusive Canadian representative of global recruiting network InterSearch, making it one of Canada’s largest retainer-based search operations. The firm’s clients range from early-stage start-ups to large Fortune 100 global companies.

Ms. Griffith has worked with a broad range of companies across industries, including academia, not-for-profit, environmental, non-government organizations (NGOs) and the broader public and private sectors. Her clients include prominent not-for-profits, universities and colleges in Canada.

Ms. Griffith has spent more than a decade in executive search. She started in a senior research director role at Bedford Consulting Group. She founded Griffith Research, where she worked with a series of executive search firms located in Canada, the U.S., Dubai and Australia. She then served as partner and fundraising practice leader for Boyden for four years before joining Four Corners Group 18 months ago.

“Canada is very progressive,” said Ms. Griffith. “Canadian companies have moved beyond the 20-plus percent mark of women representation in the boardroom.” The 30% Club, Ms. Griffith said, began as an initiative to bring gender balance into the workplace. “It has now become an international movement, committed to realizing a pipeline of senior female talent from ‘schoolroom to boardroom.'”

Ms. Griffith said the accelerating pace of progress for women in boardrooms being reported this summer is encouraging. “It’s fantastic that we are starting to see an increase in representation, but we need to ensure that increase is a true change in ethos.” If nothing else, she said, the conversation about women directors is starting a change, and that in itself is good progress.

“As all these conversations are happening in support of women, we need to ensure that women are ready to step up, or as Sheryl Sanberg has said, ‘lean in.’ When approached to discuss board roles or senior leadership roles, we need to opt into the conversations and embrace the challenge.” Ms. Griffith said that some women tend to opt out, and that could be a matter of lack of confidence. “Women have to change the manner in how they have the conversation. Women have to understand what they bring to the table.”

It would be very unfortunate to create all this energy and then have women say, ‘I’m not interested,’ said Ms. Griffith. “So we need to educate women about how to balance board work, senior leadership work, and their desire to still be a significant presence with their families. Women need to understand that we need them, as much as we want them!”

Ms. Griffith said that more focus on statistics that support the importance of diversity on boards is vital today as the conversation about women directorships heats up. “Numerical statistics that show an increase in share value when women are on boards is something that should resonate with everyone and should ensure greater support of these efforts.”

Hunt Scanlon Media has been tabulating recent research findings emanating from executive search firms this summer that show strong evidence that women are making progressive gains in the most sought-after top-slotted roles in global companies. In the U.K., research from Korn Ferry reveals that 39 percent of first-time FTSE 350 non-executive appointees were women last year, up from 28 percent in 2013 and 11 percent in 2007. In the U.S., Heidrick & Struggles found that of the 339 new directors appointed in Fortune 500 boardrooms in 2014, 99 were women, representing 29.2 percent of the total. That compares with 25.9 percent in 2013 and 22.8 percent in 2012.

“Search firms are finally being given the mandate to cast a wider net,” said Scott A. Scanlon, Hunt Scanlon’s founding chairman and CEO. “They control the pipeline of women directors and they are, therefore, the crucial link to increasing gender diversity in corporate boardrooms around the globe.”