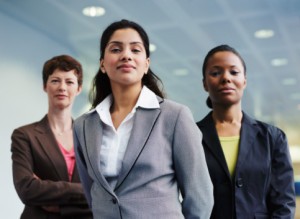 Female representation on boards of U.S. companies, by comparison, has also been gaining momentum — yet at a much slower pace.

Recruiting rival Korn Ferry has also reported evidence that women are making strong gains in the most sought-after top-slotted roles in global companies. According to one of its surveys, more women in the U.K. have joined the boards of FTSE 350 companies as new non-executive directors. Thirty-nine percent of first-time FTSE 350 non-executive appointees were women last year, reports Korn Ferry, up from 28 percent in 2013 and 11 percent in 2007.

“Our current research consistently shows that companies with gender diversity on their boards are more sustainable,” said Malli Gero, president and co-founder, 2020 Women on Boards.

The drive for more female board members is a growing global phenomenon and many studies now show that progress is being made.

“Clearly, great strides are being made in female board representation,” said Scott A. Scanlon, CEO of Hunt Scanlon Media in Greenwich, Conn. “But achieving diversity among this group seems to be increasingly elusive.”

Recent research released by Heidrick & Struggles has also indicated that progress for women in boardrooms within the Fortune 500 is accelerating. Of the 339 new directors appointed in Fortune 500 boardrooms last year, 99 were women, representing 29.2 percent of the total. That compares with 25.9 percent in 2013 and 22.8 percent in 2012.

The Heidrick & Struggles Board Monitor projects that women will account for 50 percent of new board directors in the Fortune 500 in the U.S. for the first time in 2024 — nine years from now.

Search firms of every size are finding that recruiting board directors can be financially rewarding. According to Equilar, the median pay of directors was $233,600 in 2014, up about 17 percent since 2010. For recruiters, that means a hefty fee of around $75,000 for each director brought onto a board.

But director recruiting is becoming more challenging. According to Egon Zehnder, the heightened expectations now placed on boards have elevated both the professional standards and personal commitment required of all directors.

At the same time, many boards find that the supply of independent-minded ‘board experienced’ directors – especially those who can add vital forms of specialized skills and expertise – is limited, as such candidates are both widely sought after and sometimes hesitant to take on the intensive responsibilities of board service.

Aside from the fees, recruiting directors is also good for building a search firm’s reputation and brand among C-suite executives. U.K.-based MWM Consulting has developed a particular reputation in appointing women to boards, frequently helping them secure their first non-executive role. The firm has supported the appointments of over 20 percent of the women currently sitting on FTSE 50 boards and of 15 percent of women in the FTSE 100. In 2009, MWM launched its Women for Boards initiative, aimed at helping rising female talent to secure board directorships on FTSE 350 companies.

All of this has helped translate a message of authority to a growing cadre of clients at the chief executive level. MWM Consulting is now recognized as the ‘top chief executive recruiting brand’ among all of its direct competitors in London, according to a poll conducted by Hunt Scanlon Media due out this spring.