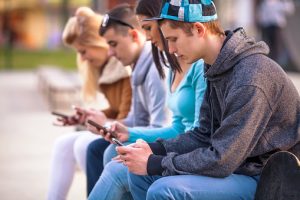 April 28, 2016 – Sixty seven percent of employers say they plan to hire recent college graduates this spring, a rise from last year and the strongest Millennial hiring outlook since 2007, according to a new survey from CareerBuilder. The study also found that more than a third (37 percent) of employers plan to offer recent college graduates higher pay than last year, with 27 percent reporting that they will pay a starting salary of $50,000 or more.

“In addition to an improving economy, we are beginning to see a rising number of retirements, which is creating more room for advancement and creating opportunities for entry-level candidates,” said Rosemary Haefner, chief human resources officer (CHRO) for CareerBuilder. “But just because there are vacancies doesn’t mean college students are always ready to fill them.”

While incoming young prospects appear eager to enter the workplace, some employers are concerned that new college grads may not be ready for the real world. Nearly a quarter of respondents, 24 percent, do not feel academic institutions are adequately preparing students for roles needed within their organizations, an increase from 21 percent last year.

When asked where academic institutions fall short, these employers cited the following concerns: 47 percent say too much emphasis is put on book learning instead of real-world learning; 39 percent said they need workers with a blend of technical skills and skills gained from the liberal arts; 25 percent thought entry level roles within their organization are more complex today; 13 percent said technology is changing too quickly for an academic environment to keep up; and 11 percent said not enough students are graduating with the degrees their company needs.

According to CareerBuilder, industries expected to match or exceed the national average for adding full-time, permanent headcount in the second quarter are healthcare (50 or more employees) – 44 percent; financial services – 42 percent; leisure and hospitality – 41 percent; and information technology – 40 percent.

According to Randstad’s U.S. annual salary guide, jobs in engineering, information technology, manufacturing & logistics, and office & administration showed the highest year-over-year national median salary increases. College graduates are expected to flock to these sectors in the coming months for employment opportunities. According to Randstad, the most in-demand jobs are in finance & accounting, healthcare, human resources, and life sciences.

To land these jobs, college grads and Millennials continue to turn to social media for help and guidance, like no other generation before it.

Approximately 3.3 million job applications were submitted using social media profiles to pre-populate online submission forms, according to latest iCIMS ‘Job Seekers Get Social’ report, which analyzes the role of social networks such as LinkedIn, Google+ and Facebook in the job application process.

From the employer perspective, social media is also an expanding hiring tool, with 84 percent of organizations using it currently and nine percent planning to use it, according to a report recently released by the Society for Human Resource Management (SHRM). In 2011, only 56 percent of companies used social media for recruitment. For many organizations (81 percent) today, it has become one of many tools used: five percent said it was their primary recruiting tool. This metric is expected to jump considerably in the next few years.

A study by Findly titled ‘Recruiting Millennials: 21st Century Advice for Recruiting This 21st Century Generation,’ reports that Millennials build personal relationships through social media networks and often go to personal connections to learn about opportunities, to research companies and their reputations before they apply, and companies have to provide this pathway.

The study further states that Millennials are most influenced by friends, personal contacts, and word-of-mouth when making major decisions. In their job search, they care about company reputation and will seek out information from their network to get a full perspective of an opportunity.

Findly’s study also found that Millennials rely heavily on online resources. So companies should make sure their career websites are clear and simple in navigation, and have just the right amount of real and authentic information. Millennials will check a company’s career site, social media presence, YouTube, and review other related sites, and they will use search engines to find compelling stories about the company.

Smooch S. Reynolds, an executive recruiter with DHR International, said that Millennials are in the driver’s seat when it comes to the future of business. “The way they interact digitally and revolve their lives around technology is completely reshaping how business is done,” she said. “As a result, companies are scrambling to keep up and establish best practices to thrive in a world that’s gone digital.”

Ms. Reynolds said that one way this is being done is by simply employing Millennials, but some companies are finding this to be more difficult than they’d expected. “This generation is different from those preceding it. As a result of their digital lives, they’re given a transparent view into business,” said Ms. Reynolds. “In a way, Millennials are already dictating the direction of business through the use of constantly changing technology and digital platforms.”

According to Ms. Reynolds, Millennials generally value experience over being able to pay the bills; they’re unwilling to sacrifice their personal lives for their professional lives; and they’re social beings (but not social in the normal sense) that like to emphasize digital.

Jason Hanold, CEO of Chicago-based Hanold Associates, said that Millennials have a preference for startup cultures and are many times attracted toward small, high growth companies over established brands. “What’s compelling about these high growth opportunities is that they allow Millennials to contribute early and often and forge an ownership mentality.” Millennials, he said, enjoy problem-solving and critical thinking.

“This demographic is intensely aware of their value to employers based on their age, experience and skill sets,” said Jennifer Jones-Mitchell, chief insights officer for Pinpoint Market Research and head of global marketing for Anderson Jones PR. “They know what they want from their jobs and they aren’t afraid to hold out until they get it. HR leaders need to consider structuring office environments around work / life balance and professional development if they want to attract the top-tier talent.”

Employee Confidence Soars As Workers Gain Leverage Employees More Than Ready to Jump Ship for Higher Pay Employers Add Jobs In the U.S. As Workforce Expands Workers Set Sights On New Jobs In 2016 Uptick In Hiring In 2016 to Be Met With Lack of Quality Talent Talent Shortages Expected by Recruiters