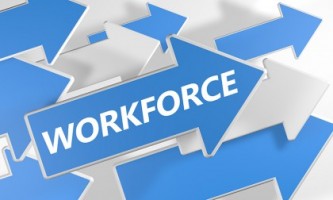 “While the unemployment rate has been holding steady, a slight rise in coming months could actually be a positive move – if driven by rising labor force participation, which would mean that potential workers see hope for themselves in the labor market and have started to look for jobs,” said Elise Gould, senior economist at the Economic Policy Institute.

“The increase in the unemployment rate came not because of fewer people working, but because more people were looking for jobs,” said Gus Faucher, senior economist at PNC Financial Services.

Looking ahead, U.S. employers remain confident in their hiring plans, with 36 percent of employers planning to add full-time, permanent employees in 2016, according to CareerBuilder‘s annual job forecast. Nearly half of employers (47 percent) plan to hire temporary or contract workers.

With companies continuing to hire, employees have their eyes set on new positions.

Twenty-one percent of workers plan to look for new jobs in 2016, according to a new study released by Penna. Forty-eight percent of people claimed the main reason for the change was that they were searching for better pay and benefits. Another 44 percent said it was down to the promise of greater development opportunities, while 32 percent said they were simply looking for a change in career direction. Penna’s survey found that employees aged 18-24 were the most likely to be planning a move this year, while 25 percent of those aged 25-34 are considering leaving their posts.

Americans Uncertain About the Future of Work Further Signs of Tightening In U.S. Labor Market Hiring Outlook Mixed At Small and Mid-Sized Businesses