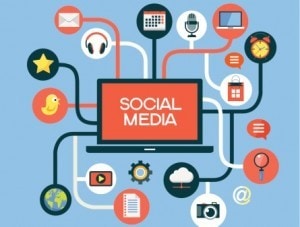 January 13, 2016 – More than one-third of companies have disqualified a job candidate in the past year because of concerns about information found on public social media or an online search, according to survey results just released by the Society for Human Resource Management.

Candidates were disqualified for illegal activity and discrepancies with job applications, among other reasons. However, 39 percent of survey participants also allowed those candidates to explain any concerning information, an increase of 13 percentage points compared to 2011.

Recruiting via social media is a growing phenomenon: 84 percent of organizations use it currently and nine percent plan to use it. In 2011, only 56 percent used social media for recruitment. For many organizations (81 percent) in 2015 it was one of many tools used; five percent said it was their primary recruiting tool.

Finding passive job candidates (82 percent) continues to be the top reason that organizations use social media for recruitment. This was closely followed by increasing employer brand and recognition (77 percent), and targeting job candidates with a specific set of skills (71 percent).

The report found that 73 percent of respondents said that LinkedIn was the most effective site for recruitment while Facebook, Twitter and professional/association social networking sites continue to gain momentum.

The survey also asked about job levels recruited via social media. Responses compared to prior years’ surveys include:

Other reports have also found a similar shift underway. According to the 2015 Work Trends report released late in 2015 by Adecco Group, the role of social networks and mobile platforms in the job seeking and recruiting process is becoming more relevant. Among social networks, LinkedIn remains the most popular platform for professional purposes, for both recruiters (61 percent) and job seekers (34 percent), whereas Facebook is the go-to network for all social activities including personal branding says the report.