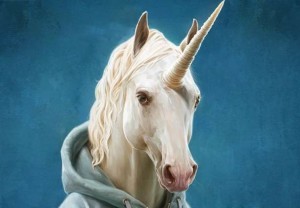 October 20, 2015 – Reports continue to point to talent shortages and the latest ‘Recruiter Nation Survey’ released by Jobvite is not different, with 56 percent of recruiters citing the lack of available skilled talent as a key stumbling block in hiring. The report, which polled over 1,400 executive recruiting and human resources professionals, also found that 95 percent of recruiters anticipate equal or increased competition for talent over the next year.

Seventy-eight percent of recruiters report that they find their best candidates through referrals, up from 60 percent in 2014, indicating that the personal touch has become more effective than ever — even at a time when social media technologies are turning the recruiting business upside down. Nevertheless, next most effective recruitment targeting methods are finding candidates through social and professional networks (56 percent), and intern-to-hire programs (55 percent).

For lower level positions, over half of recruiters believe that cover letters and college GPAs are relatively unimportant in evaluating candidates. Among the qualities that leave the most lasting impressions on recruiters are culture fit (88 percent) and previous job experience (87 percent). Punctuality and appearance also carry some weight with recruiters after an initial interview.

“Landing a highly skilled candidate can sometimes feel like hunting for an elusive unicorn,” said Dan Finnigan, CEO of Jobvite. “So, as this year’s ‘Recruiter Nation’ study points out, recruiters need to get creative and take a multipronged approach using social media, insights gleaned from analytics, and mobile tools, while engaging the entire organization to help find and hire top talent. That’s how winning companies will stay one step ahead in this competitive career landscape.”

An exhaustive in-house recruiting report by Hunt Scanlon tracking talent acquisition professionals and their recruiting habits across the U.S. found that 95 percent of respondents ‘regularly use’ LinkedIn as a primary candidate sourcing technology, while Facebook and Twitter were clearly seen as secondary platforms.

According to a recent report by Jobvite tracking hiring professionals in the U.S. and U.K., 92 percent of corporate recruiters in the U.S. are using social media to enhance their candidate identification capabilities. That near-religious use of technology is keeping American recruiters and their in-house counterparts way out front in the hunt for global talent.

By contrast, only 40 percent of U.K. corporate recruiters say they are using social media effectively in candidate sourcing.

In the current ‘Recruiter Nation’ poll, to help get quality talent in the door, Jobvite found that 63 percent of recruiters said a solid healthcare plan was attractive. Also among the most attractive perks are 401k plans, casual dress codes, and ‘work from home’ privileges.

Of course, money still reigns supreme. An increased salary is one of the most effective ways to seal the deal and 69 percent of recruiters have increased initial salary offers in the last year.

ManpowerGroup’s recent Talent Shortage Survey found similar results with 32 percent of U.S. employers reporting difficulties filling job vacancies due to talent shortages. Globally, the study found that the percentage of employers experiencing difficulties continues to rise, increasing from 36 percent in 2014 to 38 percent in 2015.

Hiring managers report the most severe talent shortage is in Japan (83 percent). Around two in three employers report difficulty filling jobs in both Peru (68 percent) and Hong Kong (65 percent), while talent shortages are an issue for 61 percent of employers in both Brazil and Romania.

“Executive recruiters are reporting record performance numbers to us for the first half of the year,” said Scott A. Scanlon, founding chairman and CEO of Greenwich-based Hunt Scanlon Media. “American companies, in particular, are feeling more financially secure and they are therefore setting up a competitive hiring environment that has created heady times for recruiters.” Hunt Scanlon said it expects to see continued strength in mid- to senior- level hiring rates heading well into 2016.