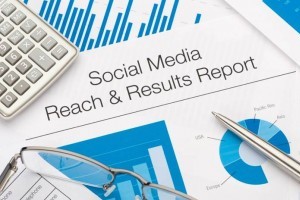 April 21, 2016 – Job seekers are putting social media to work, as approximately 3.3 million job applications were submitted using social media profiles to pre-populate online submission forms, according to latest iCIMS ‘Job Seekers Get Social’ report, which analyzes the role of social networks such as LinkedIn, Google+ and Facebook in the job application process. The report presents data on the number of applications submitted through these social networks in 2015, pulled from the iCIMS customer base of more than 3,200 contracted customers.

“Employers can offer candidates a simpler way to apply to jobs by allowing job seekers to populate their application with basic information from their LinkedIn, Google+ and Facebook accounts,” said Josh Wright, chief economist at iCIMS. “Recognizing patterns of how today’s job seekers are searching and applying for jobs gives employers an edge over their competition.”

Key findings in the report include:

• The information, construction, and leisure & hospitality industries had the highest share of applications submitted via social network profiles;

• The public administration, education & health services, and financial services industries had the lowest share of applications submitted through a social network;

• LinkedIn was more popular among applicants to smaller companies than larger companies, while Google+ and Facebook saw their marketshare rise progressively with the size of the hiring company;

• Google+ was the only social network to see its share of social applications rise – from 21 percent in Q3 to 26 percent in Q4.

“Our data indicates that social media is making inroads in the hiring process, as it is in many other aspects of our lives,” said Mr. Wright. “Job seekers are using social networks to search and apply for jobs, share job opportunities with friends, and provide their feedback on the job application process. Employers that recognize these trends and adapt to them quickly are better able to attract modern job seekers.”

From the employer perspective, social media is also a key tool for hiring with 84 percent of organizations using it currently and nine percent planning to use it, according to a report recently released by the Society for Human Resource Management (SHRM). In 2011, only 56 percent used social media for recruitment. For many organizations (81 percent) today, it has become one of many tools used: five percent said it was their primary recruiting tool. This metric is expected to jump considerably in the next few years.

The study concluded that finding passive job candidates (82 percent) continues to be the top reason organizations use social media for recruitment. This was closely followed by increasing employer brand and recognition (77 percent), and targeting job candidates with a specific set of skills (71 percent).

In-house recruiting teams are seen as adapting to social media specifically for this reason, according to a recent report from Hunt Scanlon Media tracking the transformation underway in the executive recruitment sector.

The SHRM report also found that 73 percent of respondents said that LinkedIn was the most effective site for recruitment while Facebook, Twitter and professional/association social networking sites continue to gain momentum.

Numerous other reports have surfaced showing the increasing role social media is having on recruiting. Another recent SHRM survey, ‘The Importance of Social Media for Recruiters and Job Seekers,’ found that nearly two-thirds of companies (65 percent) found new hires through social media in the past year.

According to a study by Adecco Group, the role of social networks and mobile platforms in the job seeking and recruiting process is becoming more relevant. Among social networks, the report found that LinkedIn to be the most popular platform for professional purposes, for both recruiters (61 percent) and job seekers (34 percent), whereas Facebook is the go-to network for all social activities including personal branding says the report.

“Recruiters need to get creative and take a multipronged approach using social media, insights gleaned from analytics, and mobile tools, while engaging the entire organization to help find and hire top talent,” said Dan Finnigan, CEO of Jobvite. “That’s how winning companies will stay one step ahead in this competitive career landscape.”

Check Out These Related Articles On Recruiting and Social Media: