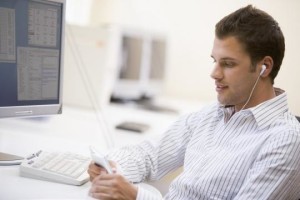 October 13, 2015 – More than one-in-three American workers today are Millennials (adults ages 18 to 34 in 2015) and this year they surpassed Generation X to become the largest share of the American workforce, according to Pew Research Center analysis of U.S. Census Bureau data.

This milestone occurred in the first quarter of this year, as the 53.5 million-strong Millennial workforce has risen rapidly. The Millennial labor force had just last year surpassed that of the Baby Boom, which has declined as Boomers retire.

With its disproportionately large share of immigrants, and at an age of transition from college to the working world, the Millennial generation’s workforce is highly likely to grow even further in the near future.

Recent figures released by on-demand talent provider Findly concluded that Millennials are poised to make up 75 percent of the global workforce by 2020.

“Given the size of this generation, there is a growing focus on recruiting and nurturing Millennial talent,” said Scott A. Scanlon, founding chairman of Hunt Scanlon Media based in Greenwich, Conn. “The problem is many companies continue to struggle with this demographic group,” said Mr. Scanlon.

So what’s the best way to attract this hugely important faction of the best and the brightest to your company?

Studies have shown that Millennials are good team players, ambitious, they seek constant appraisal, and they look for fast promotions. That means they are likely to develop into job-hoppers, which is frustrating to companies that hire them.

“Low retention rates also mean more expense in replacing them once they exit the doors,” said Mr. Scanlon. “Nevertheless, they represent the future. Companies must therefore step up to discover how to attract, recruit and retain this important human capital asset.”

Smooch S. Reynolds, an executive recruiter with DHR International, said that Millennials are in the driver’s seat when it comes to the future of business. “The way they interact digitally and revolve their lives around technology is completely reshaping how business is done,” she said. “As a result, companies are scrambling to keep up and establish best practices to thrive in a world that’s gone digital.”

Ms. Reynolds said that one way this is being done is by simply employing Millennials, but some companies are finding this to be more difficult than they’d expected. “This generation is different from those preceding it. As a result of their digital lives, they’re given a transparent view into business,” said Ms. Reynolds. “In a way, Millennials are already dictating the direction of business through the use of constantly changing technology and digital platforms.”

According to Ms. Reynolds, Millennials generally value experience over being able to pay the bills; they’re unwilling to sacrifice their personal lives for their professional lives; and they’re social beings (but not social in the normal sense) that like to emphasize digital.

What Millennials want isn’t some secret formula or obscure business practice; they want similar success to ours, however, “they frame the operating philosophy of their lives a bit differently,” said Ms. Reynolds. So here’s what you need to do in order to attract Millennials and keep them around – after all, they are the future of the world and business:

Jason Hanold, CEO of Chicago-based Hanold Associates, said that Millennials have a preference for startup cultures and are many times attracted toward small, high growth companies over established brands. “What’s compelling about these high growth opportunities is that they allow Millennials to contribute early and often and forge an ownership mentality.” Millennials, he said, enjoy problem-solving and critical thinking.

With immigration adding more numbers to its group than any other, the Millennial population is projected to peak in 2036 at 81.1 million and by 2050 there will be a projected 79.2 million Millennials.

Many factors have led to this generation’s rapid growth. Immigration to the U.S. will continue to disproportionately enlarge the ranks of the Millennial labor force. Immigrants coming to the U.S. are currently in their young working years. Relatively speaking, few immigrants come to the U.S. during childhood or during older adulthood. In the past five years, over half of newly arrived immigrant workers have been Millennials.

Another factor is that a significant chunk of the Millennial population is 18 to 24 years old. As the youngest Millennials get older, more of them will be looking for or getting jobs.

Pew Research Center reported that the Millennial population as a whole (not just its workforce) is already projected to surpass that of Baby Boomers (a generation defined by the boom in U.S. births following World War II) this year as the nation’s largest living generation, according to the Census Bureau.

In the first quarter of 2015, about 45 million Baby Boomers were in the labor force. The Baby Boom workforce peaked in size at nearly 66 million in 1997. The youngest Boomer is now 51 years old, while the oldest Boomers are approaching age 70. With more Boomers retiring every year, the size of the Boomer workforce will continue to shrink.

“Companies would be wise to engage baby boomers and pair them with the Millennials for more mentoring opportunities,” said Sally Stetson, co-founder and principal of executive recruiter Salveson Stetson Group. “In addition, the baby boomer generation can also be mentored by Millennials in technology initiatives or social media.”

For Generation X (ages 35 to 50 in 2015), their place as the dominant generation within the labor force was very short-lived. In 2012, the Gen X labor force (52.9 million) overtook the Baby Boom labor force to become the largest generation in the workforce, but that will likely end this year. Pew Research Center notes that if the job market continues to improve in the post-recession era, some Gen Xers will likely return to the labor market in stronger numbers.

Clearly, the generational shift is underway, said Mr. Scanlon. “The time to work with Millennials and to onboard them is here. Millennials are giving companies a fresh human capital advantage and they should be embraced for their inspiring values, competitive spirit, inherent skill sets, and personal drive.”

For companies seeking Millennials, one challenge they will need to contend with is being able to offer a consistent work/life balance. Fifty seven percent of Millennials said they will leave a job if they aren’t getting it, according to research released by Pinpoint Market Research and Anderson Jones PR.

Respondents, who were born between 1980 and 2000, were also seen to ‘puddle-jump’ jobs to increase their income opportunities. The survey found 39 percent of participants aged 20 to 29 have already held four to seven full-time jobs and 83 percent plan to stay at a single job for just two years, unless promoted.

“This demographic is intensely aware of their value to employers based on their age, experience and skill sets,” said Jennifer Jones-Mitchell, chief insights officer for Pinpoint Market Research and head of global marketing for Anderson Jones PR. “They know what they want from their jobs and they aren’t afraid to hold out until they get it. HR leaders need to consider structuring office environments around work/life balance and professional development if they want to attract the top-tier talent.”

While the importance of sustaining a work/life balance among the Millennial population is nothing new, respondents to the Pinpoint Market Research survey unexpectedly said they will take cuts in pay in order to maintain it. Remarkably, a full 72 percent of survey respondents choose companies with work-from-home options while 47 percent choose fewer hours over more pay. Sixty percent of Millennials choose ‘love of job’ over money earned.

“Millennials grew up online and are accustomed to sitting down at their laptop anywhere in the world and being productive,” said Barbara Stahley, managing director at executive search firm Chadick Ellig. “CHROs are acknowledging this trend and providing new generations more freedom in the way that they work. This flexibility is also appreciated by older workers who may be balancing childcare and eldercare demands.”

Corporate talent managers are going into overdrive trying to figure out how to identify, lure and retain this in-demand workforce.

More important than wages and benefits, Millennials look for work with career advancement opportunity. They don’t just see career advancement as scaling the professional ladder. Instead, millennials look at professional growth as learning opportunities. And businesses gain a greater recruiting advantage from their organizational culture than higher salaries or fast promotions, concluded a recent Futurestep survey of more than 1,000 global executives.

Millennials are looking for companies that place premiums on career development, whether it’s a focus on mentorship or providing continued training or education opportunities. Companies that provide these options for career growth may be more likely to attract and keep Millennials for the long haul.

“Still, the companies that will recruit and retain the best of this generation are already making efforts toward creating the incentives Millennials want in work,” said Mr. Scanlon. “Creating more opportunities for giving back, career advancement, and flexible work can help you recruit and retain Millennials, no question.” Millennials also favor flatter organizational structure, said Mr. Scanlon, and companies are responding by setting up leaner business units that encourage faster decision making.