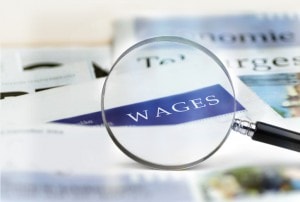 With salaries increasing and companies across many sectors in hiring mode, expect to see more employees jumping ship for higher pay. According to several recent surveys, a quarter of U.S. workers plan to change jobs this year.

According to a study released by Penna, 48 percent of people claimed the main reason for a job change was that they were searching for better pay and benefits.

Workers looking for higher pay comes as no surprise and various studies have pointed to expected salary increases in the coming year.

According to the Korn Ferry Hay Group 2016 Salary Forecast study, workers are expected to see wage increases of 2.5 percent, the highest in three years.

In other parts of the world, salaries are also increasing. The Korn Ferry Hay Group report found that salaries in Asia are forecasted to increase by 6.4 percent, Europe is set to see an average salary increase of 2.8 percent, North America will experience growth of 2.7, the Middle East will be up 5.3 percent, Africa will increase 6.5 percent, and Latin America will jump 11.4 percent.

Another recent survey by the Hay Group found that workers in the oil and gas, chemicals and life sciences industries out-earn their peers in other industries. On the other end of the spectrum, employees in retail earn well below the average pay of their peers, when looking across all industries.

“As global economies continue to grapple with weak consumer spending, it’s little surprise we see industries more reliant on hourly wage labor at the bottom of our ranking, worldwide,” said Ben Frost, a consultant at Hay Group. “Comparatively, industries where labor is concentrated in highly technical roles, including engineering and scientific functions, have fared much better as far as employee pay is concerned.”

In the U.S., the life sciences industry emerges at the top of the Hay Group analysis, paying 30 percent more than the average pay across all industries and title levels. Not surprisingly, recruiters feeding leadership to the sector say persistent talent shortages and the need to develop and retain employees with critical business and technology skill sets will continue to challenge global life sciences companies, driving up wages. Strategies for leadership, talent and human resources are undergoing dramatic change as a result.

“As on the global level, we’re seeing highly technical STEM-focused roles paying off for workers in the U.S., while government roles hold the bottom slot in our study,” said Mr. Frost. “On the healthcare, property and casualty insurance and health insurance side, these industries necessarily include a large number of administrative rolls, in claims processing and similar functions, which tend to drive down the overall pay levels seen in our analysis.”

Check Out These Related Articles On Executive Compensation: