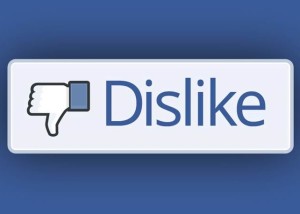 December 9, 2015 – A majority of America’s hiring managers and corporate recruiters expect to increase hiring in the next six months, according to the annual hiring survey by DHI Group, Inc., a provider of career data and insights for specialized professional communities. The latest survey found 61 percent of respondents in the U.S. anticipate more hiring in the first half of 2016 as compared to the second half of 2015, a slight uptick from a year ago.

In the next six months, 17 percent of companies surveyed plan to hire 30 percent or more professionals, up five percentage points as compared to when asked in 2014. With hiring intentions rising, the survey underscores a challenging recruiting environment for U.S. employers, likely to lead to frustration as companies attempt to recruit for open roles.

“We’ve seen strong jobs growth in the U.S. throughout 2015, along with declining unemployment and increasing wages, which brings a continued optimism for the start of 2016,” said Jonas Prising, ManpowerGroup CEO. “We expect these broad trends to continue going into 2016. As the unemployment rate comes down and the labor market continues to tighten, employers will increasingly feel the impact of rising wages and the on-going skills mismatch.”

Nevertheless, positions are becoming more difficult to fill and it is taking longer to lure good candidates. According to the DHI report, 45 percent of hiring managers and recruiters say the time to fill open positions has lengthened relative to last year. The primary reason cited for the backlog: an inability to find qualified professionals (53 percent) followed by hiring managers saying they’re waiting for the perfect match (29 percent).

In a sign of increased competition among employers, more than a third (37 percent) of hiring managers are seeing more counteroffers. Signaling it’s a candidates’ market, 47 percent of hiring managers say there are positions they are unable to fill due to  confined salary requirements for the roles. In response, more hiring managers (56 percent in 2015 compared to 49 percent in 2014) predict higher, and rising, salaries for new hires this year.

“The recruiting environment for certain highly-skilled professionals is the toughest I’ve seen in nearly a decade, with companies jockeying for in-demand talent and candidates having their pick at ideal positions and compensation,” said Michael Durney, president and CEO of DHI Group. “In addition to bulking up budgets to pay desired candidates, companies have to consider ongoing sourcing and identifying professionals ahead of the creation of a specific job opening. Recruitment has to be more about relationship building today than ever before.”

The ability to have an identified and engaged pipeline of ideal professionals ready when a position becomes available is one way to mitigate the gap when professionals leave their roles for other opportunities, said Mr. Durney.

Professionals are indeed changing employers to further their careers. Turnover continues to be an issue for employers with 43 percent of corporate respondents noting voluntary turnover has increased at their companies. A third of hiring managers said turnover has been desirable.

A handful of companies may be getting the recruiting formula right, with 21 percent saying more candidates are accepting offers, up from 14 percent who said this a year ago. For many others, additional recruiting tactics to attract candidates like sign-on bonuses, or perks such as free lunch or free gym memberships, and paying relocation costs are more frequent today than last year and some of the ways companies are trying to entice professionals.

Another report from Manpower found that the uptick in hiring is leading to other recruiting issues with 32 percent of U.S. employers reporting difficulties filling job vacancies due to talent shortages. Globally, the study found that the percentage of employers experiencing difficulties continues to rise, increasing from 36 percent in 2014 to 38 percent in 2015. When asked why they are struggling to fill certain jobs, employers cite a lack of applicants (33 percent), lack of experience (19 percent), and lack of technical competencies or hard skills (17 percent). Technical competencies employers seek include industry-specific professional qualifications (seven percent) and trade certifications (seven percent).

Regionally, hiring managers report the most severe talent shortage is in Japan (83 percent). Around two in three employers report difficulty filling jobs in both Peru (68 percent) and Hong Kong (65 percent), while talent shortages are an issue for 61 percent of employers in both Brazil and Romania says Manpower.

According to a separate report from Glassdoor Economic Research, the time required for a candidate to progress through the hiring process has increased dramatically in recent years. For those candidates in the U.S. and Canada about to embark on a search, the average interview process, now takes about 23 days, up from 13 days in 2010. French job candidates report the longest duration at 32 days, followed by Germany at 29 days, the U.K. at 28 days, and Australia at 27 days. Glassdoor’s research reveals that hiring times in the U.S., Canada, and in many major European markets and Australia are growing as employer screening methods — including background checks, drug tests, and skills & personality assessments — are rising.