Stay Connected:
In a time of flux, the consumer goods behemoth is seeking a new leader. Outside candidates will be considered, industry watchers say, but insiders most likely have an edge. 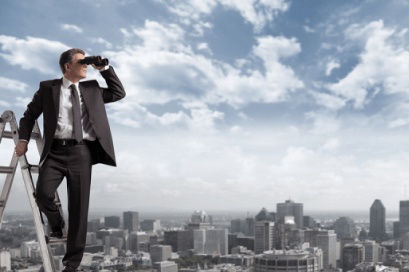 November 29, 2017 – Consumer goods giant Unilever has enlisted Egon Zehnder to lead its global search for a new CEO. Paul Polman, who has served as the company’s chief executive since 2009, will reportedly resign in about 18 months. A formal search for Mr. Polman’s successor will ultimately be led by Marijn Dekkers, Unilever’s chairman since last year, and will include fellow board member Vittorio Colao, CEO of Vodafone.

Mr. Polman’s pending departure comes amidst significant change for the company, which is seeking a buyer for the multi-billion margarine division that is home to spreads brands such as Flora and I Can’t Believe It’s Not Butter. Earlier this year, Unilever became a short-lived takeover target for Kraft Heinz. The company expects to decide by the end of the year whether it will combine its headquarters into one, according to Reuters.

Unilever, currently a British-Dutch company, is also considering dropping its dual headquarter structure. Analysts are betting on the Netherlands to win, especially with the changes expected to play out as a result of Brexit. An announcement about whether it will shutter its British office in favor of a Dutch main office could be made as soon as next month, according to the trade publication Retail Detail.

Join GoDaddy as Manager of Global Workforce Management and serve as the leader and primary point-of-contact for day-to-day international or domestic workforce operations. Best part is you’ll serve as primary point of contact for senior leadership. Great job! 5+ years of leadership experience in workforce management is all it takes. Apply Now!

For boards, the task of selecting a new CEO is fraught with more risk and uncertainty than ever. It is no longer a matter of simply choosing a successor based on past performance or current readiness, said Egon Zehnder. The decision is a complex study in forecasting the future, assessing possibilities and mitigating risk.

Egon Zehnder’s global CEO practice works closely with boards to identify, develop and appoint CEOs equipped to meet the challenges and define the opportunities organizations face, both today and down the road. Over the last five years, the firm has led more than 1,000 CEO placements, making it one of the preeminent leaders in C-suite recruitment. The firm’s CEO practice is comprised of 100 senior consultants from across the globe, with cross-sector expertise that includes business and industry, government and the non-profit sectors.

Unilever is one of the world’s biggest consumer goods manufacturers, owning over 400 brands including Dove soap, Lipton tea, Hellmann’s mayonnaise and Klondike ice cream. The company’s products are sold in 190 countries.

Multiple sources have been reporting that the company prefers an internal candidate to replace Mr. Polman. They include finance director Graeme Pitkethly, although an extensive international search is likely to be carried out, one outlet, Sky News, has reported.

Other names that have surfaced are Unilever’s personal care boss Alan Jope; Kees Kruythoff, the president of its operations in North America; Nitin Paranjpe, head of the Knorr maker’s foods and refreshment business; and Amanda Sourry, president of food in North America.

“We believe that Polman will be difficult to replace, but clearly the reaction of the market should depend upon the quality and experience of his successor,” Andrew Wood, an equity analyst at Sanford Bernstein, told trade publication just-food. “We consider that Polman will prefer for the candidate to be internal: After 10 years running the business it would surely be a disappointment for him that he had not been able to find/develop a high-quality successor.”

Recruiters focused on finding talent for the C-suite, however, said that at least half of all job openings are filled by internal candidates before the positions are introduced to the public job market. This may suggest that companies have relatively reliable bench strength even though leadership development is seen as stagnating at many companies. The main reason given: Companies prefer to promote from within.

Recruiters say clients generally like to be seen as making bold moves but in the end many remain risk averse when it comes to hiring elite executives, especially into their highly protected upper leadership ranks. They look at insiders as safer bets. Knowing this mindset going in, recruiters say they advise their clients that when they have an inside candidate who is 70 percent as strong as an outside choice to hire the insider. Fit and culture seem to be the deciding factor.

Internal candidates know the business model, organization goals and inside cultures, say recruiters, and oftentimes they have the requisite skills. They know the customers, clients and co-workers. They have also established relationships with colleagues and their organization’s leaders. But, more importantly, they have already shown their potential. They can, therefore, assimilate faster and will likely be more satisfied in their new roles than outside hires.