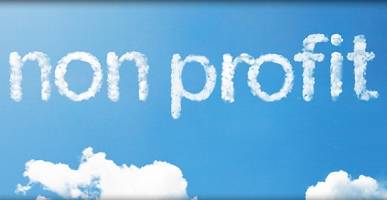 “Honestly, I knew from my first call with Felecia that she was the perfect match and would be a great partner to CBMA’s CEO Shawn Dove,” said Ms. Lombard. “They know many of the same people, she has extensive knowledge in development and can leverage her expertise to support philanthropic growth at CBMA.”

“Felecia has extensive experience in the space and many of the same connections as CBMA,” said Ms. Lombard. “She also has an excellent fundraising background working with top NGO’s in New York City area.”

A life-long community advocate, Ms. Webb is a Coro New York Leadership alumna, and has served on the board directors for Girls Inc. Westchester, and Materials for the Arts, a division of the New York City Department of Cultural Affairs. She earned a bachelor’s of fine arts degree from Parsons the New School for Design, and a master’s of public policy and administration from New York University.

Koya Leadership Partners reached out to 400 prospects in the course of the 90-day search, said Ms. Lombard. The firm interviewed 24 candidates, five of which were presented to CBMA.

“We partnered with our research team to develop a fresh list of potential candidates who aligned with the organization’s mission and possessed the right backgrounds and levels of experience,” said Ms. Lombard. “For CBMA, we worked hard to develop a diverse pipeline with a focus on candidates who had previous experience working with organizations with similar missions to improve the life outcomes of America’s black men and boys.”

The recruiters were faced with more than simply finding someone who could raise charitable dollars. “The challenge with this search was that this is a young organization and this was a first-time fundraising hire for the organization,” said Ms. Lombard. “We needed candidates who had significant experience working with top-level donors but who also had the ability to build out the program.”

The Campaign for Black Male Achievement is a national membership network that seeks to ensure the growth, sustainability and impact of leaders and organizations committed to improving the life outcomes of black men and boys. Its membership includes more than 2,700 groups and upwards of 5,200 individuals.

Koya’s Ms. Lombard specializes in conducting non-profit leadership and development searches for the firm’s clients nationwide. She has been directing and supporting the recruitment of fundraising executives for more than 20 years.

Ms. Delano, for her part, specializes in recruiting executives to non-profits nationwide. She is focused on all aspects of the search process, from project management to client support. Ms. Delano specializes in candidate development while supporting Koya leadership.

Prior to her role at Koya, Ms. Delano served as managing producer of a weekly news show on Bloomberg TV Africa and Al Jazeera English where she worked to produce, research and pitch one-on-one profiles globally.

In addition to her role with Koya, Ms. Delano works with the American Heroes Saltwater Challenge, a non-profit group focused on wounded veterans, and Earth Conservation Corps, a not-for-profit youth development and environmental service organization based in Washington, DC.

Koya Leadership Partners, which is based in Newburyport, MA, is a national executive search and human capital consulting firm that works exclusively with non-profits and social enterprises. This year, the firm was recognized again as one of the top 50 search firms in the Americas by Hunt Scanlon Media. Koya was recently selected to be included in Hunt Scanlon’s first ranking of the recruiting industry’s top 50 non-profit search specialist leaders. The ranking is a compendium of best-in-class search firms deemed the “most prominent trailblazers” in the field.