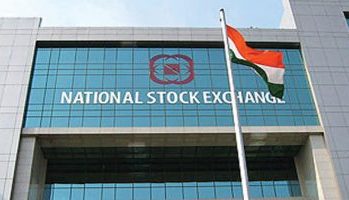 December 20, 2016 – Egon Zehnder has been tapped by the National Stock Exchange of India (NSE) to lead its search for a new managing director and chief executive officer. Current CEO Chitra Ramkrishna recently resigned due to personal reasons.

NSE is looking to fill up the post by February and will not launch its planned initial public offering until the new CEO is hired. “Candidates will have three weeks to apply for the post,” said Ashok Chawla, NSE chairman.

Egon Zehnder will screen and shortlist the candidates that apply for the top post. These names will then be submitted to the NSE selection panel.

The board of NSE has set up a search panel that includes Anand Mahindra, chairman of Mahindra Group; and Usha Thorat, a former deputy governor of Reserve Bank of India, to identify the new CEO, the stock exchange said in a statement. The other two members of the search panel are NSE board members T.V. Mohandas Pai, a former chief financial officer of Infosys Ltd, and Dinesh Kanabar, former deputy CEO of KPMG in India and CEO of Dhruva Advisors Llp. Both are public interest directors at NSE.

The NSE has a total market capitalization of more than $1.4 trillion, making it the world’s 12th-largest stock exchange. Its flagship index, the NIFTY 50, the 51 stock index (50 companies with 51 securities inclusive of DVR), is used extensively by investors in India and around the world as a barometer of the Indian capital markets.

Outsiders to Be Looked At

The National Stock Exchange of India has a strong talent pool in the middle to senior levels of its management ranks, but insiders say no one exists in that group to replace Ms. Ramkrishna. This is why the NSE may look for an outsider for the top job.

Last year, 17 percent of the largest 2,500 public companies in the world changed their CEO, more than in any of the previous 16 years of the ‘CEO Success Study‘ from Strategy&, PwC’s strategy consulting business. The report found that over the past several years more big companies have been deliberately choosing their new CEO from outside of the company as part of a planned succession, an indication that hiring an outsider has become more of an intentional leadership choice than a necessity.

“Hiring an executive from outside a company to serve as chief executive officer used to be seen as a last resort. That is not the case anymore with the disruptive market-related changes that companies are facing today,” said Per-Ola Karlsson, partner and leader of Strategy&’s organization and leadership practice for PwC Middle East.

In a recent Mullin International online poll conducted by Greenwich-based Hunt Scanlon Media, ‘Insiders vs. Outsiders: Which Candidate Type Fits Best, and When?’ the survey findings found that promoting from within remains a preferred way for organizations to address their leadership needs. But when executive recruiters are brought in to openly recruit for vacant positions, they are often given mandates to look wide and deep for candidates and that typically results in the search shifting to a hunt for outsiders.

When asked why internal candidates are given preferential treatment for job openings, 40 percent of the respondents said ‘knowledge of the organization,’ followed by ‘sensitive to corporate culture’ (33 percent), and ‘demonstrated potential’ (27 percent). When asked what primary attributes external hires bring, 40 percent of respondents pointed to ‘innovation,’ another 40 percent said ‘change,’ while 20 percent thought that outsiders brought ‘fresh perspective.’ Interestingly, when asked if companies are ‘risk averse’ when it comes to expanding their leadership ranks with outside talent, a third responded that they were.

But, according to recruiters focused solely on landing talent for the C-suite, the fact of the matter is that at least half of all job openings are filled by internal candidates before they’re ever introduced to the public job market — suggesting, perhaps, that companies have relatively reliable bench strength even though leadership development is seen as stagnating at many companies. The main reason given: companies prefer to promote from within.

And for those searches that go to recruiters to manage, with a clear mandate to look wide and deep both inside and outside a client organization, internal candidates surface more often than you think, and get the job about 80 percent of the time.

Knowing this mindset going in, recruiters say they advise their clients that have an inside candidate who is 70 percent as strong as an outside choice to hire the insider. Fit and culture seem to be the deciding factor.

“There is a greater risk when you bring somebody in from the outside that it won’t work out,” said Kathleen Yazbak, founder of Boston-based Viewcrest Advisors, a boutique search firm focused on finding leadership talent for mission-driven and high-performing companies, social enterprises and philanthropies. Ms. Yazbak is a former recruiter for Heidrick & Struggles, Whitehead Mann, and Ridgeway Partners.