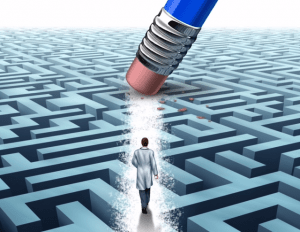 “Tyler & Co has been a highly regarded search firm in the healthcare sector for decades,” said Ms. Jones-Parker. “When its founder, Larry Tyler, retired, Jackson Healthcare launched a broad and deep search for its new president, someone who would represent the firm to the healthcare industry and also provide leadership to its outstanding consultants.”

Mr. Smith is the “perfect choice” to take Tyler into the future, Ms. Jones-Parker said. “He is acknowledged by healthcare industry executives as a creative thinker who understands how to help them respond to their ever-changing market demands.”

Mr. Smith previously worked at ApolloMD serving as its president of anesthesia and subsequently as its chief revenue officer and chief compliance officer. He held office as the youngest senator in the Georgia Senate for four consecutive terms (2003-2011). During his tenure, he served as administration floor leader and also served as chairman of the Senate Judiciary Committee (2005-2010).

He previously worked as a partner at the Cox Byington law firm, with a general practice in litigation, healthcare, insurance, estate planning, corporate practice, business agreements and municipal / government law. He is admitted to practice in all Georgia and federal trial & appellate courts. Mr. Smith has been active in his community with service on several non-profit boards, including the Sexual Assault Center of NW GA and DisABILITY Link. He previously hosted ‘Preston Smith Live,’ a daily radio talk show.

“I am excited by the vision, energy and values Preston brings to Tyler & Company,” said R. Shane Jackson, president of Jackson Healthcare. “He understands healthcare and I am confident that under his leadership Tyler & Company will continue to provide the amazing quality of service to executives and medical facilities for which it is known.”

“With Preston now in charge, Tyler consultants will not only continue the excellent work for which they have always been known, they will participate in the implementation of the firm’s plans for re-branding, growth, and geographic expansion,” Ms. Jones-Parker said. “The firm’s legacy of an extraordinary history is now secure in its future,” she added.

“In the complex environment of our modern patient care delivery system, leaders in the healthcare industry have the greatest opportunity to positively impact the success of their own organizations, the medical providers they train and, ultimately, the patients they serve,” said Mr. Smith. “I am thrilled to join an outstanding team of dedicated colleagues at Tyler & Company who serve as trusted advisors to our client partners in healthcare, academia and life sciences in the search for the next generation of transformational leaders.”

There have been a number of other leadership appointments at U.S. search firms in recent months, many focused on strategy, growth, branding efforts, and operations. Here’s a look at several taken from the Hunt Scanlon archives: