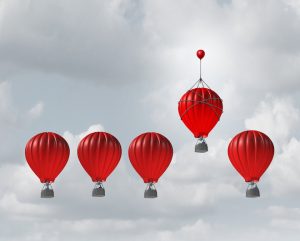 December 13, 2016 – U.K.-based executive search firm HW – Global Talent Partner has tapped Spencer Jinks to serves as its new chief executive officer. He takes over from founding director John Wakeford, who headed the business for six years and will now concentrate on growing the firm’s financial services, CFO and chair & NED practice. Mr. Jinks has been with the search firm for almost a decade, having joined as a director in 2007 after six years as executive recruitment director at the Caudwell Group.

He will continue to lead HW’s consumer division, which operates in more than 70 countries throughout Europe, Latin and North America, South Africa, Middle East and Asia Pacific, and boasts global relationships including Mars, Kellogg’s and GSK Consumer Healthcare, among its client base. Mr. Jinks, who spends the majority of his time working with global clients locally and internationally will lead the business in the U.K., working between the firm’s Manchester, Leeds and London offices with John Wakeford and fellow founding director Adrian Hitchenor.

“Over the past decade we have developed a broad range of both local and global clients across various industry sectors and specialisms, and thanks to John’s leadership we are on a firm financial footing, with the business well positioned to further invest and push on,” said Mr. Wakeford. “We are now moving into a new phase with an emphasis more on brand communication, nurturing global client relationships, building deeper knowledge in the digital and big data arena, while investing heavily in systems and developing core talent within the business.” He said the firm is also “pursuing potential merger and acquisition opportunities” to help it achieve an ambitious growth strategy that’s been put into place.

“John has a real passion for the Chair & NED market and consumer financial services and after six years combining these with the CEO role he will now be able to commit more time to developing these key strategic areas of the business,” Mr. Wakeford said. “It is evolution rather than revolution as far as the business is concerned, ensuring all the directors play to our key strengths,” said Mr. Jinks.

In the past decade HW has completed more than 1,000 executive searches and placed over 100 interim executives on behalf of numerous international businesses. The firm’s client portfolio includes well-known companies in the U.K., including food and non-food retailers, banks and building societies, as well as global consumer brands. It also counts an international online retailer, low cost airline, price comparison website, telecommunications provider, pharmaceuticals giant and a multinational security services company among its FTSE 250 clients.

There have been a number of other leadership appointments at search firms in recent months, many focused on strategy, growth, branding efforts, and operations. Here’s a look at several taken from the Hunt Scanlon archives: