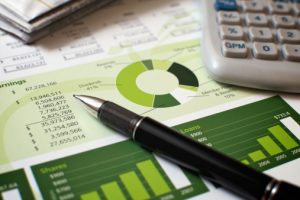 Mr. Worthen’s 20-plus years of bank and credit union experience, and over 15 years of senior management experience, is expected to be a valuable asset to the executive team at the $270 million dollar credit union.

Mr. Worthen comes to RBCU from 1st MidAmerica Credit Union in Bethalto, IL, where he served as senior vice president and chief operating officer. He was responsible there for planning, directing, organizing, and controlling the activities of the credit union’s branch operations, call center, insurance, electronic services, and investment services departments. He also served as the legislative liaison for the credit union on all state and federal credit union matters.

Prior to that, he was VP of strategic operations at 1st MidAmerica Credit Union. He also spent eight years as the VP of lending for 1st MidAmerica, managing the mortgage, indirect, consumer, collections, and commercial lending areas at the institution. He sits on the board of directors for the Illinois Credit Union Foundation and serves as the fundraising chairman and past chairman for the George G. Burnett Chapter of Credit Unions.

Credit Union Resources is the executive search division of the Cornerstone Credit Union League, a regional trade association representing the interests of credit unions. Marcus Cotton, vice president of executive recruiting, leads the firm, which he joined in 2014 when he was brought in to develop and launch its recruiting practice. He now overseas executive search assignments ranging from senior management roles to president and CEO positions.

Just recently, Credit Union Resources was retained by WyHy Federal Credit Union in Cheyenne, WY, to lead its search for a chief lending officer. The assignment is being led by Mr. Cotton. It chose Credit Union Resources, it said, based on the search firm’s expertise within the financial services industry and specifically its work in the credit union marketplace. With two branches in Cheyenne and Casper, WyHy FCU has nearly $215 million in assets and serves more than 13,800 members. It has been operating since 1953.

According to the National Credit Union Administration, there are nearly 6,000 federally insured credit unions in the U.S., with more than $1.2 trillion in assets.

Interestingly, research from credit union specialist recruiters, D. Hilton Associates, shows more than 4,000 of the credit union industry’s CEOs and senior managers have left or will be leaving the workforce in the next five years. Therefore, according to one of the firm’s most recent reports, leadership development, succession planning and employee retention have never been more critical than now.

Credit Unions have been coming to executive search firms in droves to fill senior leadership roles. Here’s a look at a few recent assignments taken from the Hunt Scanlon archives.