Menu
View our Events
Stay Connected:
For biopharma companies, the home stretch to the marketplace often calls for abilities that only a new CEO can deliver. Careful matching of the candidate to the needs of the business is critical. One specialty recruiter shows how it’s done. 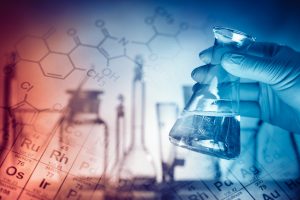 July 27, 2017 – In the biopharma industry, the evolution from clinical trials to regulatory approval and taking a product to market is perhaps the biggest inflection point in a growth company’s trajectory, even more so, in some cases, than an IPO. Because this shift demands a new set of organizational competencies, experience and structure, companies preparing for commercialization often bring in a new chief executive.

Even among late-stage companies that differ in product focus or ownership structure, the CEO role description will share common elements: The new leader must be able to construct and execute an optimal go-to-market strategy; communicate a compelling story to payers, physicians and employees; secure incremental capital from investors; and build value into the company while navigating strategic options.

But the ultimate success of a search assignment in this situation depends on the specific needs of the company. Catalyst Advisors, a board and C-level recruiting firm focused on the biopharma industry, recently completed three such engagements. Taken together, they provide special insight into such make-or-break recruitments.

Patients undergoing treatment for infectious or cardiovascular diseases often require extended hospital stays to receive anti-infective or cardiovascular drugs that until now have only been administered by IV drip. scPharmaceuticals was founded on the idea that these therapies could be reformulated to be administered subcutaneously in an outpatient setting. This would reduce costs by allowing patients to leave the hospital earlier.

Just Do It! Become part of team Nike – a brand that seeks achievers, leaders and visionaries. Nike North America has come to Ezayo seeking a Director, Human Resources Business Partners (HRBP) to support its North America territories headquartered in NYC, Chicago and LA. You’ll report to the company’s VP HR, North America.
It is an awesome opportunity. Apply Now!

With its lead product in Phase III trials and the close of a $46 million investment round to finance the product launch, the company was ready to bring on a CEO with a proven track record in execution and business development, according to Catalyst. The new chief executive would have to be able to build an internal sales and marketing team, establish partnerships with patient groups and key opinion leaders and navigate the tricky waters of reimbursement and approval for a reformulated therapy. It was a situation that called for a field commander who could relentlessly execute a playbook strategy.

John Tucker became CEO of scPharmaceuticals in April. Previously, he served as CEO of Alcresta Therapeutics. In that role, he created and developed the infrastructure needed to launch the company’s first product and crafted a creative clinical and regulatory approach to secure a timely product approval from the FDA. At the same time, he led outreach to partners, investors and analysts and secured the supply chain so that production would remain reliable as demand for the product grew. Perhaps most importantly, he was a team builder, developing more than 25 people into positions at the director level and above over the course of his career.

Like scPharmaceuticals, Symbiomix required a CEO who could orchestrate the mechanics of a successful product launch. But in this case, success of that product demands a distinct culture shift among providers. The company’s lead product, Solosec, treats bacterial vaginosis, which is often either misdiagnosed or not completely cured because patients fail to complete the current multiday treatment, leaving them at greater risk for infection and fertility issues later on. Solosec’s one-dose treatment dramatically minimizes patient compliance problems and also has advantages in tolerance and safety. But it is significantly more expensive than the traditional therapy, which costs only pennies per pill. For the market to adopt the product, the OB/GYN community would need to change how it views an infection that is more frequently regarded as a nuisance than a threat.

David Stern was named CEO of Symbiomix in February. He has a long career in women’s health, including a decade at EMD Serono, where he rose to lead the company’s $1 billion franchise in fertility drugs. Mr. Stern significantly broadened R&D capability by systematically partnering with external organizations, built a global marketing team and oversaw the relationships with key opinion leaders in the medical, research and patient-advocacy communities. His experience with all aspects of the business gave him a deep understanding of the opportunities for innovation in women’s health that Symbiomix’s investors saw as essential for leading a paradigm shift in the market, Catalyst said.

Dova Pharmaceuticals’ lead drug candidate, avatrombopag (AVA), was in the process of completing two pivotal Phase III clinical trials. AVA, which amplifies the production of platelets, is currently targeted to a fairly narrow group of patients: those with chronic liver problems who are undergoing elective procedures. Over the long term, however, the company hopes to expand approval of the drug to other indications, such as chemotherapy, where platelet count can become a concern. Given this strategic vision, Dova needed a CEO who could not only bring AVA to market successfully, said Catalyst, but who could lay the groundwork for successive regulatory filings and establish the foundation for a robust commercial organization.

Alex Sapir took the helm of Dova in January. He spent the prior decade at United Therapeutics, where he oversaw all aspects of the company’s global commercial operations. At United, Mr. Sapir expanded the company’s initial presence in pulmonary arterial hypertension from one drug to four, creating a global portfolio and increasing annual revenue from $100 million to $1.6 billion. He led the identification of similar opportunities for expansion in pediatric oncology and cystic fibrosis, taking United from a development-stage company to a $5 billion commercial organization.

This ability to grow both up and out matches the blueprint that Dova’s board needed their new CEO to execute, said Catalyst. The capital markets seemed to concur: The company went public at the end of June and reached a market cap of $488 million on its first day.

How to Recruit for a Revolution
When an industry goes into overdrive for an extended period and the rate of growth outstrips the supply of proven leaders, the senior talent management function comes under particular stress. Those conditions create both challenges and opportunities for the recruiters serving that industry.