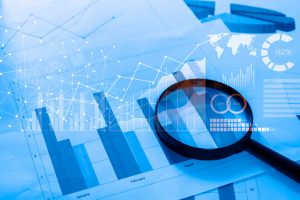 July 27, 2017 – Russell Reynolds Associates has named Mary-Caroline Tillman as co-leader of its global financial services practice. Based in New York, Ms. Tillman works closely with chairpersons, chief executive officers and senior leadership teams in the financial services industry. She has led CEO search and succession projects across different countries and regions, including Australia, Asia, Europe, the U.K. and the U.S.

Ms. Tillman co-leads the practice with Amanda Foster, who is based in London. In addition to executive search, Ms. Tillman specializes in board and CEO succession, C-suite assessments, team build-outs and talent development.

“With a distinct vantage point gleaned from working on CEO search and succession engagements with top financial institutions across several continents, Mary-Caroline will help us further strengthen an already robust practice within the firm,” said Clarke Murphy, chief executive officer of Russell Reynolds. “We are thrilled to have her on board. With her deep insights and industry experience, she will offer unparalleled advice to our clients.”

Ms. Tillman formerly led the global financial services and investment banking practices at Egon Zehnder. Earlier in her career, she spent 13 years at J.P. Morgan & Co. where she was a managing director and the chief operating officer of the European Investment banking division. Ms. Tillman was also a member of the EMEA investment banking committee and a key force in developing J.P. Morgan’s franchise in Europe. Before joining the management team, she worked on mergers and acquisitions covering the consumer products industry in London, New York and Toronto.

Russell Reynolds recently appointed Peter L. O’Brien as the region head for Asia Pacific. He is responsible for managing Russell Reynolds’ business across the region and driving growth in key markets, including China, India, Japan, South Korea and Southeast Asia, as well as Australia and New Zealand. He is also a member of the firm’s global board and CEO advisory group.

Just recently, the firm named Marc de Leyritz as managing director of its global board and CEO practice. Based in Paris, Mr. de Leyritz works with multinational clients across a range of C-suite and board-related areas, including CEO search and succession, leadership development and organizational transformation.

Russell Reynolds also opened an office in Miami in an effort to further strengthen its presence on the East Coast and bridge the firm’s North America and Latin America field locations. Nada Usina serves as office manager for the location. She joined the firm six years ago and has held numerous leadership positions.

Lastly, the firm appointed Constantine Alexandrakis to his current role of region head for the U.S. He took over the position from Mark Adams, who remains a managing director with the firm. Mr. Alexandrakis joined Russell Reynolds as a consultant in 2004 and has led its Chicago and Minneapolis offices since 2012 and 2014, respectively.