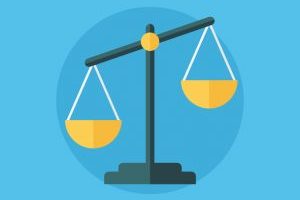 May 30, 2017 – Legal recruiting generally has been booming this year. According to recruiters that specialize in the sector, lawyers employed by government agencies have been on the move as a result of changes in government administrations. Employment of lawyers is projected to grow 10 percent through 2022. Demand is expected to be robust as individuals, businesses and all levels of government require legal services as global economies expand.

This need has prompted executive search firms to bolster their recruiting services to the legal sector. The latest: Debbie Tang has joined New York-based Bridge Partners, LLC as a partner in its Washington, D.C. office.

Ms. Tang leads global executive searches in both the private and public sector, from Fortune 100 companies to universities and government agencies. She recruits diverse senior executives across all functions, including general counsels, chief legal officers and regulatory leaders, in a wide variety of industries. In addition, she is fluent in Mandarin Chinese and often partners with U.S. clients on overseas hiring assignments.

Ms. Tang previously worked for Major, Lindsey & Africa, where she spent six-plus years as managing director, in-house practice group. She has also worked as an associate at Reed Smith and in-house counsel for Marriott International.

Her background includes serving as general counsel of a global restaurant chain, and she brings an insider’s view of the legal landscape at both law firms and corporations. She began her career as an attorney at Troutman Sanders and Reed Smith. Ms. Tang currently serves as co-chair of the Women’s Bar Association of Washington, D.C.’s in-house counsel forum and is actively involved in the National Asian Pacific American Bar Association.

“With nearly 15 years of experience in the legal industry, initially as an attorney at an AmLaw 100 firm and a Fortune 200 company, then in executive search, Debbie brings a wealth of knowledge and experience to the Bridge Partners team,” said Tory Clarke, co-founder of Bridge Partners. “This knowledge, combined with a rigorous approach to executive search and a deep commitment to diversity-inclusion, enables her clients to drive business growth through strategic partnerships and hiring.”

Search firms in the legal sector have been in growth mode in recent months. Here is a look at a few firms that have been expanding in this hot sector from the Hunt Scanlon Media archives:

Shilton Sharpe Quarry added Nick Shillinglaw as a new consultant in its London office to provide a dedicated service to mid-tier, boutique / niche, regional law firms. Mr. Shillinglaw began his career as a litigation lawyer at some of the leading regional U.K. law firms. He then worked for recruitment consultancy Michael Page International.