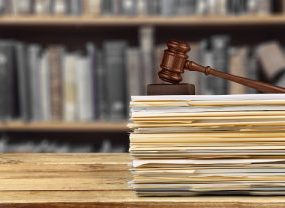 March 6, 2017 – Executive search firm Young Mayden has opened a new office in Dallas which will be led by attorney and legal recruiter Amber Shockey.

Ms. Shockey brings a strong background in that area, particularly in the Texas energy sector. Since early 2015, she has served as co-leader of Crosby Shockey Consult + Search, LLC. She is also founding principal of Momentum Legal Search LLC, an executive legal search firm specializing in recruiting for corporate clients.

“Texas is an extremely competitive market for talent and clients,” Thompson & Knight managing partner Emily Parker told the Dallas News. “The elite firms are following the energy clients. We see franchising operations setting up in every major city, including now in Dallas and Houston. All these factors are coming together at once because of the Texas economy.”

Its principals, Kenneth E. Young and Ms. Mendel, have years of experience practicing business and employment law at several different regional and national law firms, including Bass, Berry & Sims; Skadden Arps; White & Case; King & Spalding; Ogletree, Deakins, Nash, Smoak & Stewart; and Nelson Mullins Riley & Scarborough. In addition, they have years of senior leadership experience in the American Bar Association, where they have worked with many of America’s top attorneys and bar leaders.

Search firms in the legal sector have been in growth mode in recent months.

Major, Lindsey & Africa (MLA) recently named John Cashman as its president. Since joining Major, Lindsey & Africa in 2005, Mr. Cashman has risen through the ranks as a recruiter, manager and leader. Throughout his career, he has focused his practice on partner representation in the lateral market, practice group acquisition and firm mergers for a range of clients, including top national and global law firms, regional U.S. firms and large public and private companies.

MLA also expanded into Baltimore with the addition of Randi S. Lewis as a director. She specializes in recruiting and placing law firm partners and associates within the Baltimore market and surrounding areas. Ms. Lewis joined the firm after a well-established career at Miles & Stockbridge, one of the largest law firms in Maryland.

Shilton Sharpe Quarry (SSQ), an international legal search consultancy, added Nick Shillinglaw as a new consultant in its London office to provide a dedicated service to mid-tier, boutique / niche, regional law firms. Mr. Shillinglaw began his career as a litigation lawyer at some of the leading regional U.K. law firms. He then worked for recruitment consultancy Michael Page International and gained a number of years of experience recruiting for law firms within the mid-market and regionally around the U.K.