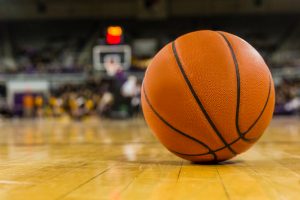 May 30, 2017 – The Orlando Magic have named John Hammond as general manager. The organization tapped Korn Ferry to help replace past GM Rob Hennigan, saying that after missing the postseason for five consecutive seasons it was time for a new approach. Jed Hughes, a Korn Ferry vice chairman and global sports sector leader, led the assignment.

Mr. Hammond, GM of the Milwaukee Bucks for the past nine years, won the NBA’s Executive of the Year award for the 2009-10 season. He is well familiar with Jeff Weltman, the recently appointed Orlando Magic president of basketball operations, whom he worked with in Milwaukee. Mr. Hammond was the architect of the Milwaukee team, where he landed top draft picks Giannis Antetokounmpo, Kris Middleton and Malcom Brogdon, hired head coach Jason Kidd and reached the NBA playoffs two of the past three seasons.

Prior to his time in Milwaukee, Mr. Hammond spent seven seasons as vice president of basketball operations for the Detroit Pistons. During his run with Detroit, the Pistons were 330-158, won the 2003 NBA Championship, reached the Eastern Conference Finals six consecutive times and returned to the NBA finals in 2004. Among his other roles for the Pistons, he served as director of player personnel, scouting director and assistant coach in two stints.

“John brings tremendous experience and is a great talent evaluator,” Mr. Weltman said. “He has experience in everything from day-to-day operations to player development. He built a great team in Milwaukee, and won a championship while in Detroit. We are very fortunate to have him as part of the Magic family.”

Mr. Hammond said he was pleased to be aboard. “We are very excited to join Jeff and be a part of the team in Orlando,” he said. “The Magic are a first-class organization all the way around, and we look forward to this tremendous opportunity.”

Korn Ferry’s sports practice has conducted a number of prominent searches, including for the commissioner for the National Football League as well as the CEO of the U.S. Olympic Committee. The recruiter has also been active filling head coaching and general manger roles for both professional and collegiate sports teams. The search firm recently placed former Magic executive Patrick Ewing as the new head basketball coach of Georgetown University. Mr. Ewing was assistant head coach of the Magic from 2007 to 2012.

Atlanta Hawks Turns to Turnkey Search for New GM
The Atlanta Hawks has retained Turnkey Search to lead its hunt for a new general manager. The team fired past GM Wes Wilcox after the Hawks record dipped to 43-39 this past season and the team lost to the Washington Wizards in the opening round of the playoffs.

General manager may be the toughest job in professional sports. In the last decade, as the four major North American professional leagues — Major League Baseball, the National Football League, the National Basketball Association, and the National Hockey League — have seen revenues and profits soar, the role has become more complex, more challenging and exponentially more stressful, according to a report issued by the Korn Ferry Institute. Increased media attention, fueled by the 24-hour news cycle of cable television, the internet and social media, has put general managers under intense, and unprecedented, scrutiny.

The GM role, once an unheralded backroom post handled in relative obscurity by former players, is now tracked and analyzed with such precision by fans and the sports media that job security has dropped precipitously. High turnover has heightened the work of recruiters.