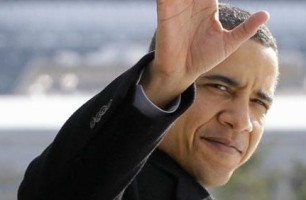 November 17, 2015 – The McCormick Group has placed Jodi G. Daniel as a partner at Crowell & Moring LLP, an international law firm with more than 500 lawyers representing clients in litigation and arbitration, regulatory, and transactional matters.

The search was led by principals Ivan Adler and Linda Segal along with consultant John Hesse. At Crowell & Moring, Ms. Daniel will provide strategic advice to clients navigating the legal and regulatory environments related to technology in the healthcare sector.

Ms. Daniel most recently served as the director of the Office of Policy in the Office of the National Coordinator for Health Information Technology (ONC) at the U.S. Department of Health and Human Services. During her 15 years at HHS, she helped spearhead important changes in health information privacy and technology to improve healthcare for consumers nationwide.

Lawyers employed by government agencies are on the move — a direct result of President Obama’s second term nearing its end. Steve Nelson, a McCormick Group managing principal, said: “We are currently near the end of a very active cycle for government lawyers leaving to go into private practice. By early 2016, executive branch leadership will strongly encourage political appointees to stay until the end of the administration. That’s because it is so difficult to get new appointees to even serve for a short period of time, and because even if they are available, the confirmation process makes it completely impractical for them to serve any appreciable time period. So there will be less of that activity from about March until after the November election.”

While McCormick Group works in a number of industries, one of its largest specialties is in the legal field, where the firm has placed attorneys and high-level executives in law firms, corporations, associations, and government agencies. Among recent placements: Miguel E. Rodriguez, former assistant to President Obama and director of the White House Office of Legislative Affairs, as a partner with Bryan Cave LLP; Phil Gingrey, a republican U.S. Representative who served Georgia’s 11th congressional district from 2003 to 2014, as a senior advisor at Drinker Biddle & Reath; and Stephen Kubiatowski, former federal prosecutor with the U.S. Attorney’s Office for the Northern District of Illinois, as a partner with law firm Faegre Baker Daniels.

“The busiest times occur right before the end of a four-year presidential term through about the first six months of the new term. That’s exacerbated by the fact that in a new administration (or even in a second term), the executive branch is recruiting top lawyers from the law firm community,” said Mr. Nelson. “So the law firms often need to fill holes created by these vacancies. That said, while there are certainly peaks and valleys in the movement of government lawyers, they are not particularly dramatic, and there is activity in this sector all the time.”

This is not the only time when executive recruiters are busy placing lawyers. “In the legislative sphere, the timing is somewhat different. There is a flood of activity in the first year after a presidential change, as well as situations where there is a change in control in the House or Senate,” said Mr. Adler, who specializes in executive search and consulting services in the areas of government affairs and public affairs.

“There is generally more activity in a first year of a Congressional term than the second, because of the prevailing mood that major initiatives won’t move forward during an election year,” said Mr. Adler. “In recent years, legislative moves have been adversely affected by the general stalemate in Congress, but not dramatically. The stalemate has in turn focused much more attention on the efforts in the executive branch, so House and Senate staffers are still valuable in specific areas where the executive branch has been active, most notably healthcare.”

The search for government relations professionals creates a set of unique challenges, particularly for those without an in-depth knowledge of the federal legislative arena. Often the ideal candidate possesses a distinct combination of attributes that can be tough to find. McCormick Group works closely with clients to identify and recruit candidates who bring relevant political experience and knowledge of issues.

“The big difference in the practice focused on government lawyers and government relations professionals is that in addition to conducting searches for clients, we actually represent many of these government officials to multiple employers,” said Mr. Adler. “These are savvy professionals who understand their value in the private sector and who are likely to be pursued by many potential employers, including law firms, lobbying firms, corporations and associations. They engage us to aid in their search because of our understanding of the market and our ability to negotiate on their behalf.”

Besides law professionals within the government sector, the employment of lawyers is projected to grow 10 percent through 2022, about as fast as the average for all occupations, according to the Lawyers Occupational Handbook. Demand for legal work is expected to be robust as individuals, businesses, and all levels of government require legal services in the U.S. and internationally as global economies expand.

Other search firms that focus on providing executive search services to the legal industry have been bolstering their staffs in recent months. Major, Lindsey & Africa recently launched a solutions practice group across Europe, the Middle East and Africa (EMEA) to assist companies and law firms manage variations to complex legal workloads without adding to permanent headcount resources. Laura Fellows leads the group for this region. This addition follows the appointment of Cloud Schnoebelen as a managing director in its solutions practice group in the U.S. in September. Mr. Schnoebelen works closely with corporate legal departments and law firms to identify contract attorneys and legal professionals to fulfill clients’ interim legal needs.

Fox Rodney Search expanded its global legal search practice on the West Coast with the opening of a new office in San Francisco/Silicon Valley. Led by director Kelli Fiore, the West Coast office joins three other locations across the U.S. tasked with identifying and recruiting candidates in the legal profession. The firm also appointed Raj Selvadurai as a director to lead its New York office. He specializes in international legal executive search and consulting.

Executive search firm Zolowicz Group launched in June to serve the search and recruitment needs for the legal sector. With over 20 years of experience in litigation support and intellectual property, Mr. Zolowicz, its founder, has developed and nurtured a professional network that positions him to reach and influence key decision makers and top-level candidates. He previously worked with Shepard’s, Manning & Napier (IP), Westlaw (Gov), Lexis (IP), and IP.Com, after which he served as an executive recruiter for the industry.