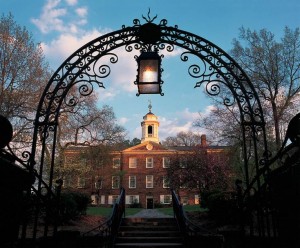 Mr. Hoffman is currently acting attorney general for the state of New Jersey. He has an extensive legal and regulatory background and has served almost 20 years in state and federal government positions. Previously, he served as trial attorney for the civil division of the U.S. Department of Justice and assistant U.S. attorney for the District of New Jersey.

Mr. Howard led the search process that included reviewing the needs for the position, candidate recruitment and nominations, institutional needs, and advising the university on the overall process.

“It was an honor to work with such a talented and professional team at Rutgers University,” said Mr. Howard. “Rutgers was a great attraction, and I appreciate the conversations I had with all the candidates. The talent pool was exceptional and it was a pleasure to speak with so many of the country’s leading university legal minds.”

Established in 1766, Rutgers is America’s eighth oldest institution of higher learning and one of the nation’s premier public research universities, educating more than 67,000 students and serving people throughout New Jersey. Rutgers is a member of the Big Ten Conference and its academic counterpart, the Committee on Institutional Cooperation – a consortium of 15 world-class research universities.

Mr. Howard has over 25 years of experience in higher education recruiting, and has worked directly with or for over 80 colleges and universities.

For over three decades, Academic Search has served in the design and implementation of search processes for presidents and senior administrators at colleges and universities throughout the U.S. Since its inception, the firm has completed more than 700 presidential searches, and in the past three years it has conducted more than 50 provost and 60 dean searches. Recently, Academic Search filled the president positions for Saint Mary’s College and Edison Community College as well as the dean of education for the University of South Alabama.

Check Out These Related Articles On Searches for Higher Education Institutions: