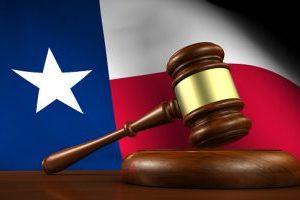 April 6, 2017 – Major, Lindsey & Africa (MLA) has expanded with the addition of George J. Hittner in its Houston office as a managing director in the firm’s partner practice group. With his wealth of market knowledge, Mr. Hittner will enhance MLA’s foothold in the Texas legal industry.

“George has spent practically his entire life in the Texas legal and political community and brings a unique combination of legal, legislative, political and corporate leadership experience to our firm,” said Kirsten Vasquez, partner and executive director of law firm recruiting. “He is a seasoned attorney and general counsel who has taken on a broad range of tasks. He will be a considerable asset in helping our clients find the capable and experienced legal talent they need.”

Texas has the second largest state population in the U.S. and offers a variety of options in terms of law firms and practice areas. There are multiple distinct legal markets, and the largest are based in Houston and Dallas. Austin closely follows. There are over 50 Fortune 500 companies with headquarters in Texas and in the last five years, over 30 national legal firms have opened offices in the state.

Mr. Hittner previously spent seven years as general counsel, corporate secretary and senior vice president for government relations at Arizona-based American Traffic Solutions (ATS). At ATS, he managed the company’s full spectrum of legal and legislative affairs, including supervising more than 40 external law firms and 75 external consultants and lobbyists across numerous states, territories and Canadian provinces. His achievements in the traffic safety solutions industry resulted in him being named “Litigator of the Year 2013” by the Arizona chapter of the Association of Corporate Counsel and AZ Business magazine.

In addition, Mr. Hittner served as the statewide campaign manager for the re-election campaign of the former Texas Supreme Court Chief Justice. He also worked for then-Governor George W. Bush’s re-election campaign, in the Texas State Legislature for a State Senator, and he served as a White House appointee at the United States Department of Labor. He began his legal career in the business litigation and labor and employment sections of the Houston office of Haynes and Boone, L.L.P.

Mr. Hittner actively consults on various civic, political and community affairs on the local, state and federal levels, including recently serving as a member of the initial onboarding “beachhead team” at the United States Department of Transportation for Secretary Elaine Chao.

To meet this demand, since the start of the year MLA has been bolstering its staff and search practices:

In March, the firm opened a new office in Singapore and added Ashish Raivadera to the partner practice group as head of private practice for South Asia. He also leads operations in Singapore. In recent years, while working at ATR Associates Pte. Ltd., Mr. Raivadera focused on partner and counsel placements with international law firms in Singapore and Southeast Asia, providing strategic advice and detailed market analysis to global, regional and local law firm heads. As the region has grown, he has also become involved in helping law firms to find solutions for their Singapore or Indonesian offices. Most recently, he assisted a number of major U.S. and U.K. firms open their offices in Singapore.

In February, MLA named John Cashman as president. Since joining the firm in 2005, Mr. Cashman has risen through the ranks as a recruiter, manager and leader. Throughout his career, he has focused his practice on partner representation in the lateral market, practice group acquisition and firm mergers for a range of clients, including top national and global law firms, regional U.S. firms and large public and private companies.

The firm also named Randi S. Lewis as a director to launch and lead its Baltimore recruiting office. Ms. Lewis specializes in recruiting and placing law firm partners and associates within the Baltimore market and surrounding areas. She joined the firm after a well-established career at Miles & Stockbridge, one of the largest law firms in Maryland, where she most recently served as the director of lateral recruitment and diversity. 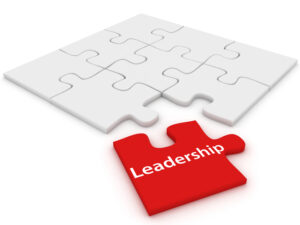