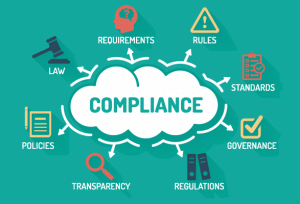 Ms. Ferguson joins Union Pacific from FirstEnergy Corp., where she was vice president, corporate secretary and chief ethics officer since 2007. In addition to leading FirstEnergy’s corporate, real estate and records and information departments, she led the company’s corporate compliance and ethics program. She was responsible for a broad range of matters relating to corporate governance, New York Stock Exchange and Securities and Exchange Commission-compliance, information governance, data protection & privacy, as well as construction, real estate and transmission rights.

Prior to that, Ms. Ferguson worked as assistant general counsel and assistant corporate secretary at Ferro Corporation. Before that, she served as partner at Baker Hostetler LLP and as a litigation associate at Thompson Hine LLP.

“Rhonda brings a wealth of experience and expertise covering a variety of complex business and legal matters for a large company with a multi-state geographic footprint,” said Lance Fritz, Union Pacific chairman, president and chief executive officer. “Her values related to teamwork, high ethical standards and passion for performance are consistent with Union Pacific’s. Rhonda’s more than 20 years of success as a strategic legal and business partner will add value to our entire organization, and specifically Union Pacific’s world-class law department.”

Legal recruiting generally has been booming this year. According to Hunt Scanlon Media, lawyers employed by government agencies are on the move — a direct result of President Obama’s second term nearing its end. Employment of lawyers is projected to grow 10 percent through 2022. Demand for legal work is expected to be robust as individuals, businesses, and all levels of government require legal services in the U.S. and internationally as global economies expand.

A general counsel, chief counsel or chief legal officer is the chief lawyer of a legal department, usually in a company or a governmental department. In a company, the person holding the position typically reports directly to the CEO, and their duties involve overseeing and identifying the legal issues in all departments and their interrelation, including engineering, design, marketing, sales, distribution, credit, finance, human resources, production, as well as corporate governance and business policy.

“As with most executives, the general counsel or chief legal officer must be a strategic, big-picture thinker, with the ability to manage people and priorities, set goals and focus the organization towards those goals,” said Andrea Bricca, a partner with MLA’s in-house practice group, in a recent report. “Any hiring effort at this level can be one of the most complex and challenging responsibilities any company can undertake because of the many varied roles that these executives must fulfill.”

In the case of the general counsel, she added, an incoming leader is called upon to “lead and steward the legal and ethical standards of an entire company as well as provide bulletproof legal counsel to senior staff members and the board.” The general counsel also has the duty of overseeing the activities of the in-house legal department. Perhaps most important, she said, general counsels are “charged with managing and balancing an organization’s corporate risk – protecting it from legal missteps without impeding its progress toward strategic goals and objectives.”