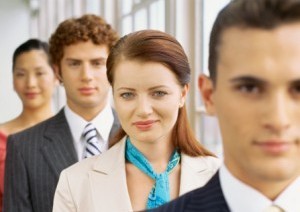 January 7, 2016 – More than one in five employees (21 percent) say they will leave their current employers in 2016, a five percent increase since last year (16 percent), according to a survey by Harris Poll on behalf of CareerBuilder.

Among younger workers, the numbers are starker. Three in 10 employees ages 18 to 34 (30 percent) expect to have a new job by the end of 2016, compared to 23 percent last year. Thirty-four percent of employees are regularly searching for job opportunities, even though they’re currently employed — a four point increase since last year (30 percent).

The recent ‘Employee Development Survey’ released by Saba and WorkplaceTrends.com shared similar results, finding that one third of U.S. and U.K. workforces plan to change jobs in the next six months.

This is certainly good advice for Millennials, who are poised to make up 75 percent of the global workforce by 2020. Time and again, this group says that work/life balance is a critically important factor when considering a new position.

According to research by Pinpoint Market Research and Anderson Jones PR, 88 percent of Millennials seek a consistent work/life balance in their jobs and 57 percent said they will leave a job if they aren’t getting it. The survey also found 39 percent of Millennials have already held four to seven full-time jobs and 83 percent plan to stay at a single job for just two years, unless promoted.

Now seems to be an ideal time to find a new job. The recently released annual hiring survey by DHI Group found that 61 percent of HR managers and corporate recruiters anticipate more hiring in the first half of 2016 as compared to the second half of 2015. In the next six months, 17 percent of companies surveyed plan to hire 30 percent or more professionals, up five percentage points from the prior year.

The CareerBuilder study also looked into the role social networking played for job seekers. The reports says that LinkedIn is the most valuable social media site when searching for a new job. If you are looking to land a job at a media company then “Twitter is a great resource,” said the report. Networking with peers as well as widening the circle of people you know greatly enhances your chances to find a new role.

According to the 2015 Work Trends report released by Adecco Group, the role of social networks and mobile platforms in the job seeking and recruiting process is becoming increasingly important. Among social networks, LinkedIn remains the most popular platform for professional purposes, for both recruiters (61 percent) and job seekers (34 percent), whereas Facebook is the go-to network for all social activities including personal branding says the report.

The Society for Human Resource Management survey, “The Importance of Social Media for Recruiters and Job Seekers,” found that nearly two-thirds of companies (65 percent) found new hires through social media in the past year. The study revealed that 57 percent of organizations found new employees through LinkedIn, 30 percent through professional or association network sites, and 19 percent through Facebook. Overall, 87 percent of HR professionals said it was either very or somewhat important for job seekers to be on LinkedIn.