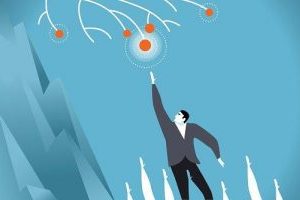 March 24, 2017 – As the academic year starts to wind down, a number of colleges and universities across the country are already preparing for September. For many of them, that means opening searches that, if all goes to plan, will result in new, high profile leaders to take them into the new era of fundraising, digitalization, sports and, more often the case, globalization.

Several universities that have embarked on top leadership changes haven’t changed leaders in years or even decades, and their boards of trustees and search committees are finding an entirely new and highly competitive landscape as they set out. It’s another good reason why they’re calling in headhunters to help.

When a Sitting President Is Preferred

The match between Mr. Leath’s experience and the board’s preferences was uncanny, said Mr. Funk. The incoming president, he noted, has demonstrated an excellent job of running a leading, large and complex AAU land-grant university at Iowa State since 2012. In fact, as president, Iowa State achieved its highest student graduation rate, lowered its student debt, grew its research expenditures, set fundraising records and secured the university’s largest private gift for an academic facility.

Any leader coming into Auburn had big shoes to fill, said university insiders. “Auburn has enjoyed truly outstanding presidential leadership in the person of Jay Gogue during the last nine years,” said Mr. Funk. The board, he noted, wanted a leader who could not only build on that foundation, but who also could bring a vision of how to lead an already top-tier, land-grant institution to greater heights in the future. “Recognizing that Jay had been well-prepared as a two-time president prior to coming to Auburn, the board expressed a preference for a sitting president who could hit the ground running upon arrival at the University,” said Mr. Funk.

Mr. Leath, the inbound president, began his career as a plant pathologist at the University of Illinois, Urbana. He spent much of his career in North Carolina, serving as vice president for research at the University of North Carolina System prior to his selection at Iowa State. “It was important to the board and search committee that the next president would have experience in a land-grant university and would understand the complexity of running an institution like Auburn,” Mr. Funk said. “It was also important to the board that the next president have an appreciation of the unique culture of Alabama and the South and would value the importance of intercollegiate athletics at a Southeastern Conference school.” 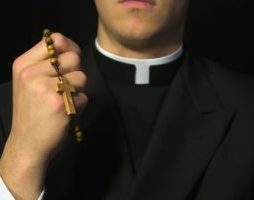 Hunt Scanlon Media travels next Friday to Fairfield University, one of the nation’s top 10 Catholic universities, to check in on its search for a new leader. Russell Reynolds Associates is managing that assignment. The twist here: Fairfield has had a string of eight male Jesuit leaders over its 75-year history. A female interim president, installed last fall at its campus in Connecticut, is testing the waters for perhaps a bold new move into 21st century academic leadership.

Mr. Leath clearly understood NCAA Division I athletics and recognized what intercollegiate athletics can do to enrich the student experience, said Mr. Funk. “He has lived in the South and still has a second home in North Carolina, and he has an abiding affection for Southern culture.” Mr. Funk said that during the due diligence and referencing stage, “comments made by faculty and student leaders confirmed that Steve was an adherent to shared governance and sought input from the faculty and student leadership while at Iowa State on an ongoing basis. It is hard to imagine that someone so perfectly met the board’s specifications,” he boasted.

At the top of the list of attributes the board was seeking was a leadership approach that was student-centered, “one which values faculty and the academic enterprise, and is committed to diversity and inclusion,” noted Mr. Funk. But there was more.

According to trustee Raymond Harbert, who chaired the 14-member presidential search committee, “Dr. Leath is a strategic leader who will work alongside the campus community and alumni to elevate Auburn to the next level in instruction, research and outreach.” Larry Teeter, Auburn professor of forest economics and immediate past chair of the university senate, was also quick to point out that in their incoming chief executive, “We found an accomplished leader through an inclusive search process with all campus constituencies represented.”

William Funk & Associates is an executive search firm specializing almost exclusively in higher education executive recruitment — something it has done for 35 years. Located in Dallas, it has conducted more than 400 searches for university and college presidents during that time.

While the firm will occasionally recruit a non-traditional candidate into a presidential role – it recently recruited Bobby Robbins, a heart surgeon and president of the Texas Medical Center to the University of Arizona as president – it is far more common for it to recruit a sitting president, provost, or an occasional dean.

“Though we have recruited a large number of sitting presidents into these roles, we are not so presumptuous to claim a unique ability in this regard,” said Mr. Funk. “It is never easy to recruit a sitting president or chancellor, but we are fortunate to have a client base of very respected institutions that offer compelling leadership opportunities that are attractive to prospective candidates. I suppose it is helpful that we personally know many of these sitting presidents because they have been candidates or clients for us.”

In each instance where Mr. Funk or a colleague has recruited a sitting president, there has been a special dimension or appeal to the candidate. “It could be as innocuous as adult children living in the area, the geography of the place, close to aging parents or having a second home in the area, even an opportunity to return to an area where they were born and raised,” he said. Creating interest and selling that opportunity is the other half of the battle once good candidates are identified, he added. “The key for us is to recognize what those special attractors are and to positively present them to the candidate.”

More importantly, however, is confidentiality. “This is especially the case and the most important factor when recruiting a sitting president.” He said that task becomes “virtually impossible” if the search process opens up and candidacies become public knowledge. As most recruiters will attest, a confidentiality breach can become the kiss of death for any search particularly the higher up one goes into the C-suite.

Searching for academic leadership is now akin to searching for leaders for any business enterprise. And at a time with many academic leaders are retiring or leaving their posts to pursue other interests, the competition to replace them has grown intense. Executive search firms, ultimately, provide universities guidance when filling these critical roles.

“At a very basic level, colleges and universities typically only conduct president or chancellor searches once every seven or eight years,” said Mr. Funk. “Hence, they don’t have the internal expertise or the organization to conduct these searches themselves.” When the need to conduct a president search arises, he added, “boards will reach out to search firms such as ours to help them lead it.” A president search process, he concluded, is “complex, fragile, and nuance-laden” and search firms simply have the expertise to get the job done.