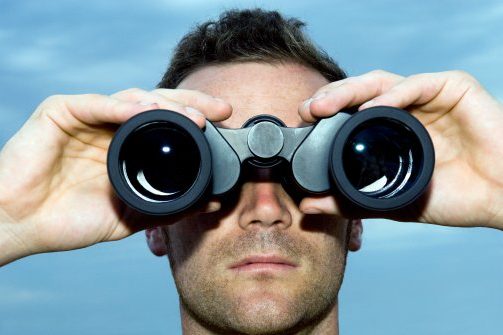 October 19, 2016 – Overseas experience has become an increasingly common requirement in searches for new CEOs of international companies. Without it, prospective chief executives may be holding their career back.

A new white paper report released by DHR International finds an increasing number of companies are seeking leaders with global vision. The study was authored by Frank Smeekes, who serves as DHR’s managing partner and region head for Europe. Mr. Smeekes has more than 20 years of international search experience and has completed over 400 senior level placements across the U.S., Europe and Asia.

To check on how far this trend has come, Mr. Smeekes and his team at DHR combed the career histories of chief executives at the 100 largest European companies by sector, including leading French, German and British listed companies.

Their findings confirm that a CEO who has experience of moving to a new market as a senior executive, before taking on the role of CEO, is increasingly valued in businesses across Europe. Therefore, the implications for individuals considering whether they should add that international perspective to their biography are obvious.

DHR’s research also looked at whether the CEOs of the European companies are, themselves, becoming more international. Are the biggest French, German, Swiss, Italian and British companies making more use of CEOs from outside of the company’s home base? Here’s some answers:

One way to ensure that a CEO candidate has an international perspective is to hire from overseas, although this does not always guarantee international experience at the executive level.

DHR’s research suggests that Europe’s largest companies are now more open to the idea of hiring foreign-born CEOs, with the proportion of home-grown CEOs falling from 78 percent in 2006, to 63 percent this year. This drop highlights that generally across Europe, companies are opting for candidates with knowledge of overseas markets.

Further research into the FTSE 100 found that the proportion of U.K. companies with home-grown CEOs dropped from 71 percent in 2006 to just 60 percent in 2016. This trend mirrors that of Europe as a whole, as U.K. companies also look to ensure they have people with greater international experience at the helm.

Here are two examples of foreign-born chief executives in the U.K.:

Unlike most other European companies, those based in either France or Germany have a tendency to opt for domestic CEO candidates with greater local knowledge; however, experience abroad still comes highly valued.

In France, 90 percent of CEOs in the CAC 40, the French stock exchange, are French nationals. This figure is up from 85 percent 10 years ago. These figures highlight that the focus on hiring home-grown CEOs has risen rather than dissipated, despite the trends that exist elsewhere in Europe.

DHR’s analysis of the German stock exchange, the DAX 30, found similar results. In the same period, the number of German-born CEOs operating in German organizations has risen from 77 percent to 80 percent.

Similar trends have been found in other European countries. In the Netherlands, the number of CEOs with overseas experience has remained high, increasing slightly, with nine out of the 10 biggest Dutch companies employing CEOs with international experience in 2016, as opposed to eight in 2006. Despite this level, the number of foreign born CEOs has decreased. Out of the 10 biggest Dutch companies, seven of them had CEOs from the Netherlands in 2016 compared to three in 2006.

According to the latest figures from the Office of National Statistics, only 46.2 percent of U.K. company shares are owned by domestic investors, down from 56.6 percent in 2010. These figures go some way into explaining why, in the U.K., the decision of a company to have a foreign-born or overseas experienced CEO has risen.

Due to the growing proportion of international shareholders, CEOs of U.K. companies, in particular, need to possess experience in overseas markets. It is important that CEOs not only understand the markets they operate within, according to the DHR research, it is important for them to have a strong understanding of the desires and differences between their international investors as well.

According to Banque de France, the latest figures show that 54.7 percent of French company shares are owned by domestic investors. With less shareholders coming from overseas, the necessity to hire CEOs from overseas is reduced. The same is true for other countries that have high levels of local stakeholders in their businesses.

Similarly, in France, cultural traditions have had a massive influence on day-to-day business operations. The French government exerts more influence over local businesses than many other governments. This governmental involvement is much higher than is the case for the U.K. CEOs in France may therefore need to be more adept at communicating and dealing with their own government than their U.K. counterparts.

In Germany, corporate structures are very different to that of the U.K. There are two boards of directors, the management board or the Vorstand, and the supervisory board known as the Aufsichtsrat. The members of the Aufsichtsrat are drawn from the regional economy, which may include representatives from regional government, union groups and regional banks, and their role is to act as a monitor for the management board.

The ability of a CEO to deal with and communicate successfully with such representatives is extremely important in this instance, and therefore favor would be given to those candidates with local knowledge of the system. Such a system does not exist in the U.K., therefore the same value is not necessarily placed on local knowledge.

Here are five examples of CEOs with overseas experience in France, Germany and the Netherlands:

Check Out These Related Articles On Finding Top Leadership: