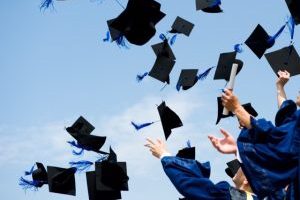 March 9, 2017 – Just as Elon University gets its president search off the ground with the help of a recruiting boutique, the University of Arizona has selected its 22nd president with assistance from R. William Funk & Associates.

Recruiting firm founder and president R. William Funk led the assignment. His firm has recruited more presidents to AAU land-grant universities than any other search firm. He expertise extends to recruiting leaders to universities with major health science and medical centers.

Dr. Robbins joined the Texas Medical Center, as president and CEO, in 2012. Since then, he has significantly enhanced its commitment to collaboration, introducing five cross-institutional research initiatives centered on innovation, genomics, regenerative medicine, health policy and clinical research.

He was also elected to the Houston branch of the Dallas Federal Reserve board in 2015; to the board of directors of the Welch Foundation in 2014, where he currently serves as treasurer; and as the president of the American Heart Association Southwest Affiliate in 2016.

“Dr. Robbins’ comprehensive experience as both a visionary leader and highly-respected physician, as well as his evident talent for advancing research, innovation, entrepreneurship and economic development, will serve the University of Arizona and our state well,” said Eileen Klein, president of the Arizona board of regents. “I look forward to the possibility of collaborating with Dr. Robbins to advance the University of Arizona and achieve aggressive goals for the state of Arizona.”

Founded in 1885, the University of Arizona was the first university in the Arizona Territory. It includes the Banner University Medical Center Tucson, which operates a separate four-year M.D. college in downtown Phoenix. Total enrollment is more than 42,100 students, with the largest freshmen class in its history at 8,100 students in 2015. The school offers 334 fields of study leading to bachelor’s, master’s, doctoral, and professional degrees.

The emergence of physician leaders is part of a trend centered on the unpredictability that both physicians, health systems and academic centers now face. In response, these organizations are taking steps to revise criteria for who they want to lead them forward and what the qualifications incoming leaders should have ….. Here’s some further reading from Hunt Scanlon Media.

Why Physician Leaders are Now Trending
Due to uncertainty and volatility in the U.S. healthcare sector, physician leaders are better positioned to relate, communicate and navigate changes on the horizon. To executive recruiters specializing in the sector, these professionals are the new standard-bearers who bring vision and new ways of thinking.

R. William Funk & Associates is an executive search firm specializing in higher education executive recruitment. The firm, located in Dallas, TX, has conducted more than 400 searches for university and college presidents and chancellors over the last 35 years.

A number of institutions of higher education have been replacing top leaders over the past year. Here’s a roundup of recent recruiting activity in the education and academic sector, taken from the Hunt Scanlon Media newswire archives: